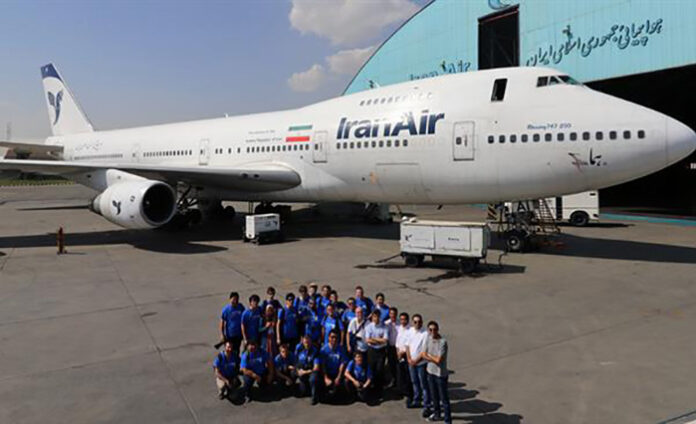 Boeing representatives are currently in Tehran, discussing the US planemaker’s planned sale of commercial aircraft to Iran, an Iranian minister says.

“Right now, Boeing representatives including three financial, legal and technical groups are in Tehran and negotiating” the sale of jetliners to Iran, Minister of Roads and Urban Development Abbas Akhundi said on Saturday.

Those negotiations with Airbus have concluded and the two sides were waiting for the US Department of the Treasury’s Office of Foreign Assets Control (OFAC) to issue a license for the purchase to go ahead, he added.

The two aviation rivals have signed initial accords with the flag carrier Iran Air to sell about 200 aircraft worth more than $50 billion to the country which is seeking to renovate its aging fleet after decades of sanctions.

However, they are facing stiff opposition from pro-Israeli members of US Congress who are seeking to block the planned sales. The lawmakers plan to debate a raft of measures, including one that would prohibit the US Treasury from licensing the sales.

US President Barack Obama and his allies are expected to oppose the legislation, but if the bills are written into law, they would prevent other firms from selling aircraft to Iran as well.

US equipment allegedly accounts for more than 10% of the content used in almost all modern jets, requiring export licenses from the American government for any contract to be implemented.

Akhundi expected deliveries by Airbus to start in the Iranian month of Aban which begins on October 22 if OFAC issues a license within the next two or three weeks.

“As for Airbus, all technical, contractual and financial negotiations have finished and we are waiting for OFAC’s license in which case all work will be wrapped up in time,” he said.

“Everything depends on this license and politicians are saying that OFAC’s licenses for Airbus and Boeing are interrelated,” Akhundi added in remarks quoted by the Tasnim news agency.

As regards Airbus, most of the technical specifications have ended and only the time of the authorization remains to be announced by OFAC, the minister said.

Iran Air agreed in January to buy 118 jets worth $27 billion at list prices from Airbus. Another MoU was signed in June, calling for Boeing to sell a total of 80 aircraft to Iran and help the country lease a further 29 in a deal worth $25 billion.

Boeing has proposed to sell its 737, 777 and 787 models and promised after-sales support, according to Iranian officials who have said the country needs as many as 500 jets for its fleet.

Some media reports have said US Treasury might be putting off its decision on the sales until after the Nov. 8 presidential election in the US, where both Democratic Party candidate Hillary Clinton and Republican candidate Donald Trump are stalwart supporters of Israel.

Amid those speculations, Iranian carriers have begun talks with Canada’s Bombardier and Brazil’s Embraer as well as Japan’s Mitsubishi Aircraft for its regional passenger jet currently under development.

China’s single-aisle C919 airliner which rolled off the assembly line last November is another option, but neither choice is without hurdles.

While none of the companies has an aircraft for delivery in its inventory, both rely on the US and Europe for key parts in their manufacturing.