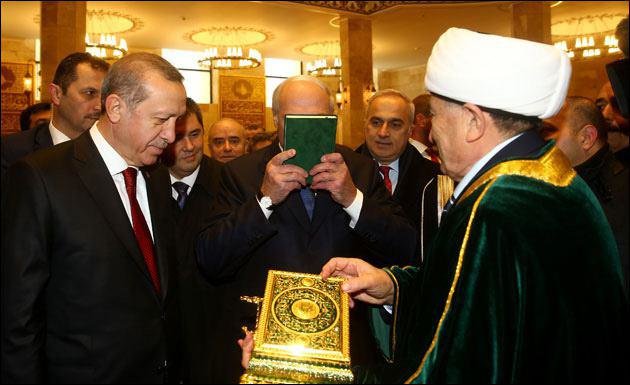 The Orthodox President of Belarus provoked serious criticism after kissing the Holy Quran in a ceremony in Minsk.

According to a report by ISNA, as translated by IFP, Belarussian President Alexander Lukashenko kissed the holy book of Muslims in the opening ceremony of the first mosque of Minsk.

Turkish President Recep Tayyip Erdogan, also attending the ceremony last week, was the one who made investment on the construction of the mosque.

They described it as a totally political kiss, and even compared it with the unconventional kiss exchanged by Erich Honecker and Leonid Brezhnev in 1971.