Battle for Fallujah: What’s Happening to the Civilians? 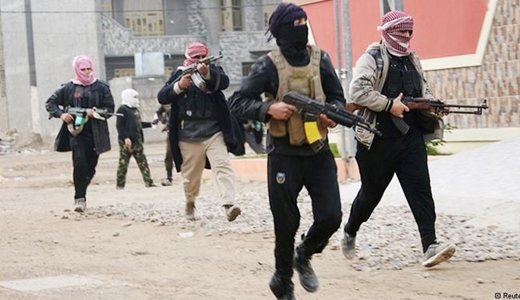 Battles between the Iraqi army and the ISIS militants have intensified near the Iraqi ISIS-held city of Fallujah, as aid groups warn of a human catastrophe unfolding with 50,000 people trapped by the fighting.

According to a report covered by Al Alam News Network, a Fallujah resident told the AFP news agency by telephone that many civilians were fearful of what ISIS might do as fighting intensified.

“Their treatment of the people is getting worse and worse every day. There is a feeling of panic among them, it seems,” said the resident, who gave his name as Abu Mohammed al-Dulaimi.

“Daesh is angry because they don’t feel supported and they have been seen insulting people on the streets, shouting things like: ‘Cowards, you are not with us,’” he said, using an Arabic acronym for ISIS.

“Yesterday, they were rounding up young men from several parts of the city – we think maybe around 100 of them – and taking them to an unknown location,” he said.

He went on to say that many civilians were now eager to see the security forces recapture the city but that there was fear of what the terrorists might do as defeat loomed.

Many civilians – most estimates say around 50,000 – are trapped inside Fallujah. The UN’s refugee agency (UNHCR) spoke of “reports of several hundred families being used as human shields by ISIS in the centre of Fallujah.”

UN deputy representative to Iraq Lise Grande described the reports as “credible” and said the families being pushed into the city centre were at “extreme risk”.

Officers in the Iraqi forces say ISIS has been forcibly recruiting men and ever younger boys to man its defence.

A 40-year-old woman reached by the Norwegian Refugee Council (NARC) inside Fallujah painted a dire picture of the conditions.

“The stocks in the hospitals are running low. There is no medicine for ordinary people. The doctor is affiliated with ISIS and he refuses to help ordinary people,” the aid group quoted her as saying.

“Instead of providing adequate treatment, doctors often simply amputate a patient’s arms or legs if they are in pain. There are no anaesthetics left.”

Thousands of civilians have escaped ISIS-controlled areas since the start of the operation to retake the city on May 22-23, but nearly all of them were from outlying areas.

The 50,000 civilians still believed trapped in the city centre would have to dodge ISIS booby-traps and incoming shelling from Iraqi troops to reach safety.

“People who managed to flee have told us of extreme hunger and starvation. We haven’t been able to see this for ourselves or assist people inside the town, and we are extremely concerned about the full extent of the terrors unfolding there,” said Nasr Muflahi, the NRC’s Iraq director.

ISIS has come under mounting pressure on the battlefield in recent weeks, with Kurdish forces also gaining ground in the north in a two-day operation that wound up on Monday east of Mosul, the terrorists’ other urban bastion in Iraq.