Afghanistan No Backyard for Terrorists: Larijani 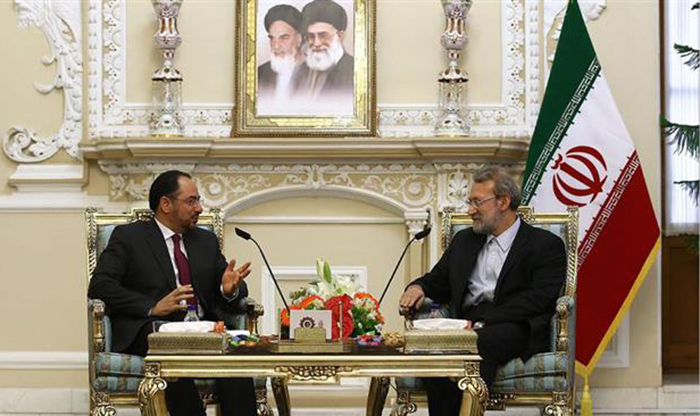 Iranian Parliament Speaker Ali Larijani warned of the threat of terrorism in the region, saying Afghanistan must not turn into a haven for terrorists.

“Afghanistan must not be allowed to become a backyard for terrorists and an effective campaign against terrorism in Afghanistan requires political stability,” Larijani said in a meeting with Afghanistan’s Foreign Minister Salahuddin Rabbani in Tehran on Sunday, August 28.

He stressed the importance of collective measures by all countries to fight the ominous phenomenon of terrorism.

Larijani added that national unity in Afghanistan must be reinforced with the purpose of solving internal problems and foiling foreign-forged conspiracies.

The top Iranian parliamentarian said the enemies of Afghanistan seek their interests in the country’s political chaos and added, “Foreign interference has hindered Afghanistan’s growth and the development of welfare in the country.”

He emphasized that the Islamic Republic will always stand by the Afghan people and support the country’s national unity government.

Larijani also pointed to the history of cordial relations between Tehran and Kabul and said the two sides enjoy good potential for the expansion of trade and economic cooperation, particularly in transportation, energy and infrastructural projects.

Rabbani, for his part, praised Iran’s support for Afghanistan’s stability and unity and said despite the enemies’ moves to destabilize the country, the Afghan people and government yearn for the establishment of sustainable peace and stability.

He added that Afghanistan would never allow anyone to use its soil against a third country.

The Afghan foreign minister described as positive the campaign against terrorism in the country and added that Kabul has succeeded in improving its national security.

Rabbani arrived in Tehran on Sunday for an official visit to hold talks with senior Iranian officials on issues of common interest.