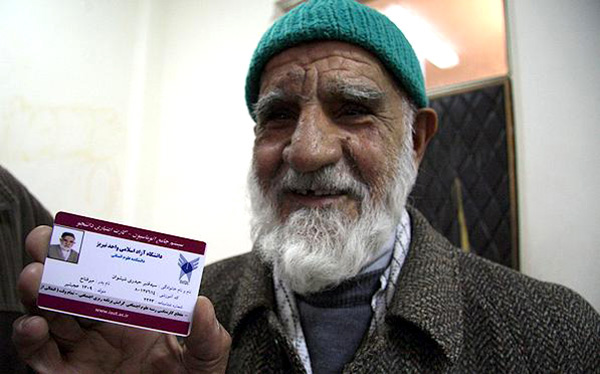 Mir-Qanbar Heidari Shishvan finished his bachelor’s degree in social sciences in 2012 at Tabriz Azad University and was admitted for his postgraduate degree the next year.

He wants to get his PhD and be a source of inspiration for the youth, IRNA news agency reported. He used to work in a bank and was also a teacher.

There is documentary named President Mir-Qanbar based on his life, which was screened in Japan and Switzerland, winning an award in Japan. He has so far written and published a book in addition to three other books he is writing now.

He has registered for former presidential and parliamentary elections and is willing to join the race for the upcoming presidential election as well next year.