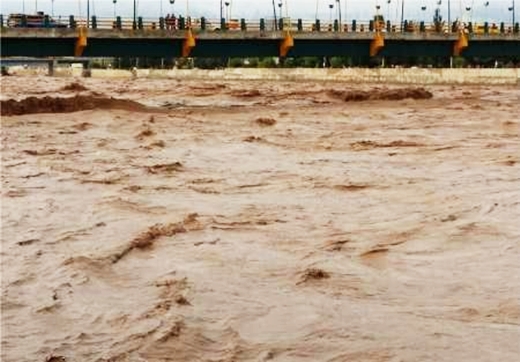 Head of Iran's Emergency Organization announced that at least six people have been killed or gone missing in the country's recent flooding incidents.

‘Four people have been killed and two others have gone missing in the recent floods across the country,’ Amin Saberi-Nia said on Friday night.

Earlier on Friday, spokesman of Red Crescent Relied and Rescue Organization said that relief workers are fully ready to provide services for people affected by floods at 126 cities in 12 provinces.

Some 5,600 people affected by the flood were provided with relied aid, he said, warning about the raising level of water in Karoun River after heavy rains.

President Hassan Rouhani has earlier called on Vice President Es’haq Jahangiri to mobilize all the resources available to help villagers hit by floods in Iran.

The President made the phone call on Thursday from Istanbul, Turkey, where he is attending the OIC Summit.

Rouhani was briefed on the latest measures taken in Khuzestan, Ilam, Lorestan and West Azarbaijan provinces to help the people affected by floods.

Stressing the use of all capacities available for managing the floods, President Rouhani underlined notifying the people in a timely way and urged all managers in the aforementioned provinces to cooperate with the relevant authorities.