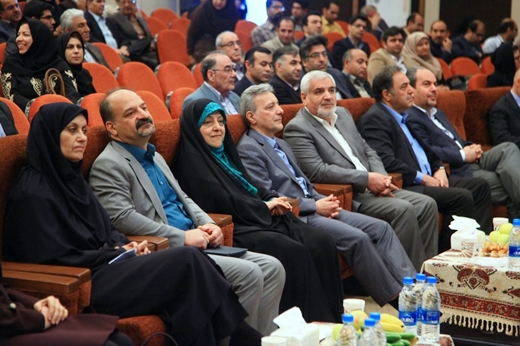 The first international conference on environmental pollutants sampling and monitoring kicked off in Tehran on Sunday May 1.

The conference, co-organized by the Department of Environment (DoE) and the University of Tehran, additionally brought together the United Nations Industrial Development Organization (UNIDO), ministries of oil, energy, industry, agriculture, and science, as well as the National Standards Organization.

The three day conference is comprised of 13 workshops which specifically centre on monitoring and sampling environmental pollutants.

The DoE director, Masoumeh Ebtekar; the DoE deputy director Sa’eed Motesaddi; and the national standards organization director, Nayyereh Pirouzbakht all delivered speeches during the opening ceremony of the conference.

Motesaddi explained the significance of monitoring and sampling pollutants as the fundamental components of environmental strategy-making.

“Regular monitoring and sampling of pollutants indicates if we are succeeding in minimizing the pollutants or not – whether they are increasing or decreasing.”

“What we seek in this conference is to make improvements in the accuracy and validity of the monitoring and sampling measures,” he added.

What the Doe Has Accomplished So Far

Motesaddi went on to say that “We have succeeded in decentralizing monitoring bodies, and currently they have been distributed to cities across Iran.”

Motesaddi also stated that “Our dust monitoring stations are now complete, with 50 stations monitoring particles smaller than 2.5 microns in diameter.”

“We are now able to monitor 200 industrial units online, and we are hoping to increase the number in the future,” he said.

Air Pollution Accounts for One Death Out Of Seven

Ebtekar warned that, based on a report by the World Health Organization (WHO), one death in seven is caused by air pollution, and at least 35m Iranians are affected by it.

“Right now, if someone draws blood from us, they could detect traces of dioxin in it, which can affect and damage our immune system,” she explained.

“This shows how important monitoring is, and it is not just limited to our country but is an important subject of the Paris climate change conference as well,” she said.

“Fortunately this conference, which particularly aims at training environmental experts, can pave the way for further improvements.”

Pirouzbakht, for her part, pointed that “Out of 19,000 standards set by the International Standards Organization (ISO), 600 are related to the environment, which emphasizes its global importance.”

“Iran’s National Standards Organization has been working side by side with the DoE for almost three years, and plays a key role in promoting sustainable growth,” she added.

She also highlighted that after the removal of sanctions, Iran’s standards have been approved by the countries in Asia and Oceania.