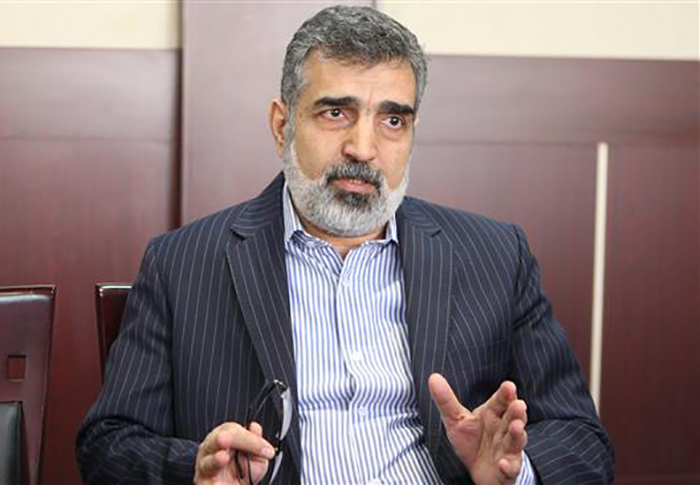 A senior Iranian official says three countries were involved in the leak to the media of confidential information about the country’s long-term nuclear program, which prompted a strong protest from Tehran.

“Our assumption is that three countries have a role in leaking this data and we have also lodged a protest over the issue,” spokesman for the Atomic Energy Organization of Iran (AEOI) Behrouz Kamalvandi said on state television on Saturday.

Earlier this month, the Associated Press, citing a classified document, said Iran’s scaling back of its nuclear program under last year’s agreement with the P5+1 group of countries “will start to ease years before the 15-year accord expires.”

Iran held the International Atomic Energy Agency (IAEA) responsible for the leak, saying it had asked the agency to keep the data confidential. The IAEA, however, rejected the accusation.

Kamalvandi further said Tehran is “not afraid of” the disclosure of the entire documents, adding, however, that they were not supposed to be available to international media “so quickly.”

The official added that Iran’s Supreme National Security Council (SNSC) is in possession of the document on Tehran-IAEA cooperation, which is “highly confidential, while relevant authorities are also aware of the content.

Iranian “lawmakers will be provided with the document if the SNSC deems it necessary,” Kamalvandi stated, assuring that even the disclosure of the entire information “cannot harm our security and nuclear activities.”

Elsewhere in his remarks, Kamalvandi accused Washington of having a hand in the leak, saying such actions are “politically-motivated” amid heated election campaigns in the US.

The IAEA has protocols to protect confidential data, but the agency is “under the influence of political powers like the [United Nations] Security Council,” Kamalvandi said.

He added that Israel is under fire by members of the IAEA Board of Governers over its nuclear work, but the regime refuses to publicly declare the number of its nuclear warheads, which is estimated to stand between 200 and 400.

On January 16, Iran and the P5+1 group of countries – the United States, Britain, France, Russia, China and Germany started implementing the JCPOA which they reached on July 14, 2015.

Under the nuclear agreement, Iran agreed to limit its nuclear program and provide enhanced access to international atomic monitors in return for the termination of all nuclear-related sanctions against the Islamic Republic.

On the same of inking the JCPOA, Iran and the IAEA signed a road map for cooperation on Iran’s nuclear program.