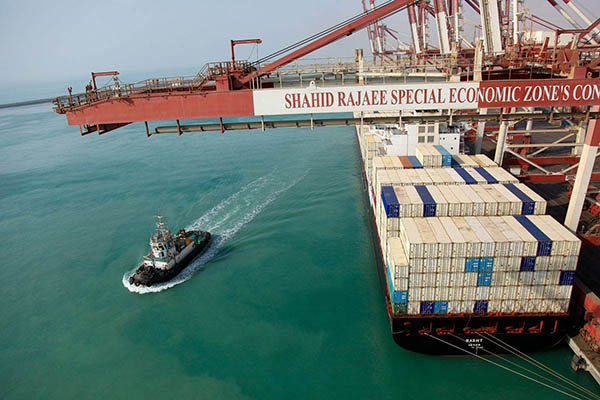 Director General of Hormuzgan Province’s Ports and Maritime Organization Ehrahim Idani said container operations in Rajaie port have increased by 20% in the past two months, as compared with the same period last year.

He said over 303,000 containers were loaded and unloaded in the port over the period.

Pointing to the 95% increase in non-oil exports through the port city during the period, he said a total of 5,574 tons of non-oil commodities had been exported to foreign countries in the past two months.

At the same time, over 1,248 tons of non-oil goods entered the country, showing a decrease of 26% year-on-year.

Furthermore, the official noted, a total of 1,459,429 tons of oil products were exported during the period, showing a growth of 65%.

He earlier said that Switzerland’s MSC shipping line has now returned to the port city.

With the arrival of the Swiss container, the official added, the number of foreign shipping lines operating out of Shahid Rajaie Port is currently standing at 17.

Shahid Rajaie is connected to more than 80 ports worldwide, and the highest rate of cargo transit through the country and towards the Central Asia passes through this port.