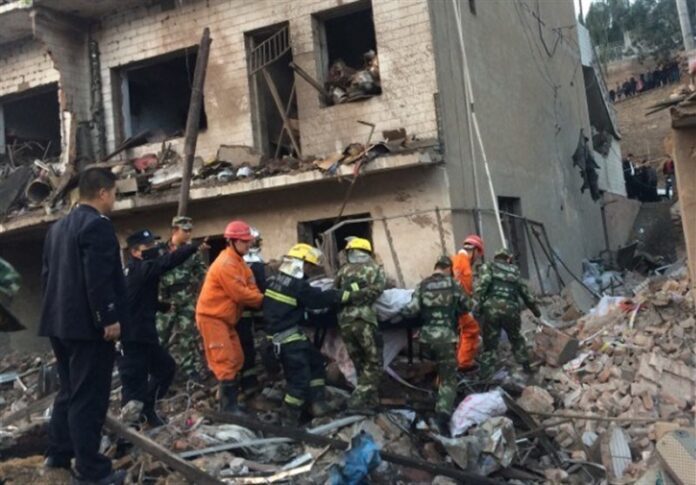 A powerful explosion at a Chinese residential complex has left 14 people dead, scorching buildings and scattering debris across the northwestern Chinese town of Xinmin.

The local government in the nearby city of Yulin told CNN on Tuesday that 106 had been injured and the search for survivors continued.

It added that initial investigations showed some kind of explosive had caused the blast.

The blast took place at about 2 p.m. on Monday in a prefabricated house which had been built inside a larger residential compound.

Rescue crews were combing through the rubble overnight in the hope of finding survivors and to discover the cause of the explosion.

The city hospital was damaged in the blast, as were several other buildings in the near vicinity.

Local media have reported that Fugu County, where Xinmin is located, has a large number of mining companies that would require explosives.

It is the latest in a series of deadly explosions in China — in 2015, more than 110 people were killed in Tianjin, close to Beijing, when a chemical warehouse blew up.

Earlier this year, a warehouse storing chemicals exploded in Jiangsu province, although no one was injured.