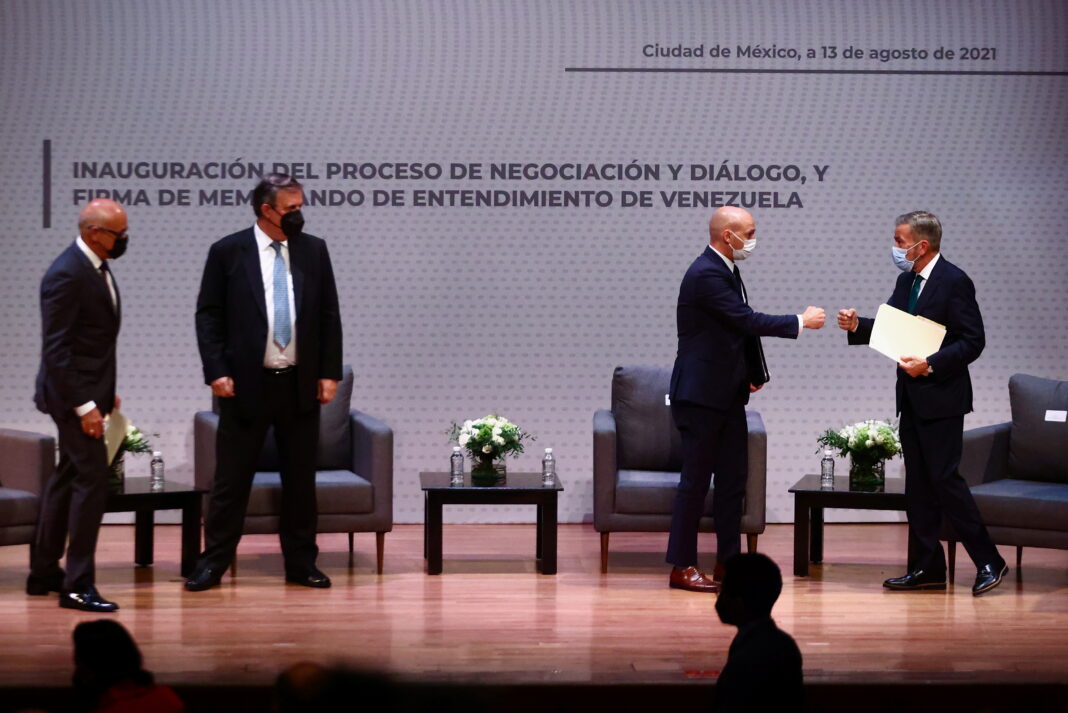 Venezuelan government and the US-backed opposition say they agreed during their talks in Mexico to find ways to deal with the pressing needs of the people, including the country's coronavirus pandemic response.

The government and opposition delegates have been in Mexico’s capital for three days of talks over Venezuela’s political crisis.

The negotiations come after over two years of pressure to oust socialist President Nicolas Maduro. His opponents label him a dictator who rigged his 2018 reelection, and accuse him of a crackdown on dissent.

But unlike previous failed attempts, the talks in Mexico have included other parties, including Norway — which led the talks — as well as the Netherlands, Russia, Bolivia and Turkey.

In a joint statement, Venezuela’s government and the opposition stated they agreed to “establish mechanisms for the restoration and achievement of resources to meet the social needs of the population with special emphasis on the effects of the COVID-19 pandemic”.

The statement, however, did not specify what might be done, and indicated the country would be relying on help from multilateral organizations.

The parties added that Venezuela’s justice system would top the agenda of their next round of negotiations.

“We have a long way to go, we have a lot of work to do, we have many issues to discuss, but today we have shown […] that we can say the hardest things to ourselves,” noted Jorge Rodriguez, president of the Venezuelan Congress and the leader of Maduro’s negotiating team.

Representatives from both sides will return to the table in Mexico at the end of the month after the “early agreements” reached this round, Rodriguez said.

Maduro took to Twitter to call the talks “a success for Venezuelans”.

The Venezuelan president repeated calls for the United States and Europe to lift sanctions imposed on Venezuelan officials and institutions.

US President Joe Biden’s administration has announced it is willing to ease the sanctions if “meaningful progress” in opposition negotiations is made.

The opposition has called for humanitarian aid and demanded the release of supporters it considers political prisoners, as well as guaranteed regional elections in November.

“We will continue to advance in achieving a comprehensive agreement that allows the recovery of democracy in Venezuela through free and fair elections,” stated Juan Guaido, the opposition leader supported by Washington.

Venezuela’s opposition coalition recently announced that it would participate in the upcoming vote — which was seen as one of the first results of the process.

Despite optimistic statements from both sides, Maduro continued to lash out at Guaido over the weekend for his attempt to claim power in 2019.

“There is not going to be impunity here, neither in Mexico nor on Mars,” Maduro said Sunday, adding, “There has to be justice, severe justice.”