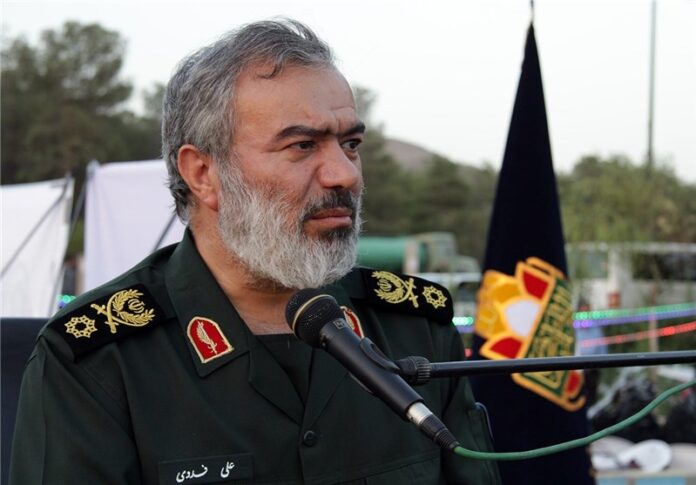 The Islamic Revolution Guards Corps (IRGC) Navy commander slammed the US as the source of evil acts in the Persian Gulf and all West Asia’s troubles.

In an interview with the Tasnim News Agency, Rear Admiral Ali Fadavi highlighted the IRGC Navy’s vigilant presence in the southern waters and its success to ensure security of the Persian Gulf and the Strait of Hormuz.

Asked about occasional encounters with American forces in the Persian Gulf, the commander said all such events originate from the source of corruption, namely the US.

The US forces are the root cause of all evil acts in the Persian Gulf and in West Asia, Fadavi added, saying Americans have two objectives, fulfilling their own interests and showing hostility to the Islamic Republic.

Despite all American evil conducts, the situation is under control and Iran is in charge of security across the Persian Gulf and the Strait of Hormuz, he added.