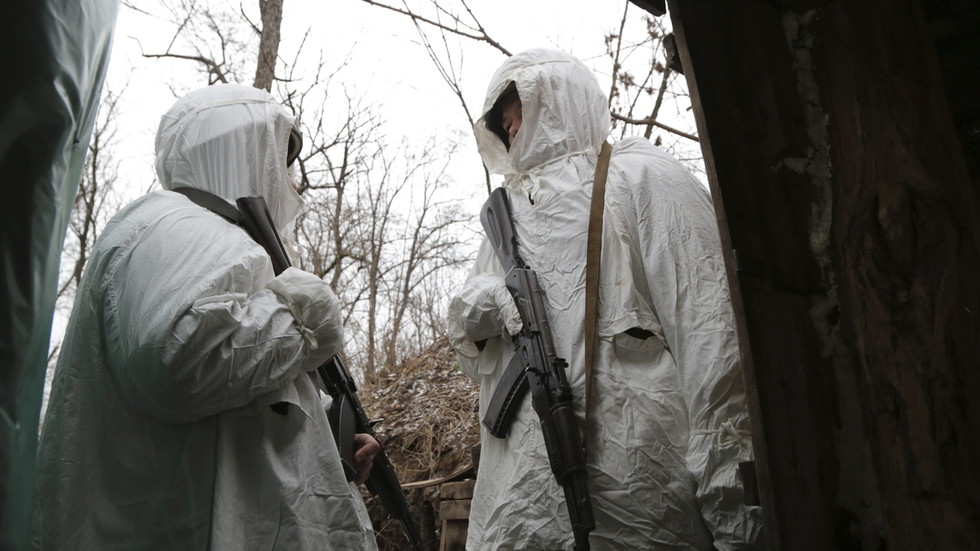 Washington has prepared 18 response scenarios in case Russia decides to invade Ukraine as the West fears it might do, Under-Secretary of State Victoria Nuland claims.

She refused to elaborate on what exactly they were, but promised that Washington and its allies are ready to inflict high costs on Russia if it acts aggressively.

“I would simply say that our commitment and the conversation that we have with our allies is around inflicting very sharp pain very fast, if Russia makes this move in any form,” Nuland said.

The under-secretary went on to note that specific sanctions imposed against Russia by the US and European partners might be different. She explained that some things are not as easy to do for the Europeans as they are for the US and vice versa.

Russian operatives have been deployed to two breakaway regions in the east of Ukraine to create a false-flag operation as pretext for an invasion, several US news outlets have reported, citing an anonymous American official.

A “group of operatives” trained in urban warfare and use of explosives has been sent to “carry out acts of sabotage against Russia’s own proxy forces”, CNN claimed, quoting an anonymous US official. CNN also reported US National Security Advisor Jake Sullivan had “hinted” at this intelligence on Thursday at the White House press briefing.

Pentagon spokesman John Kirby referred to these claims at his own briefing on Friday, but then added the US assessment is that Russia hasn’t yet decided whether to invade.

After Western media carried reports, on Friday, citing unnamed US officials, claiming that Russia is preparing a “false flag” incident in order to invade Ukraine, the Kremlin has dismissed them as baseless and unfounded rumors.

“So far, all these statements have been unsubstantiated and not backed up by anything,” spokesman Dmitry Peskov told TASS news agency, when asked about the stories making the rounds.

Washington has accused Moscow of planning to invade Ukraine for weeks now, though the Kremlin rejected this as “fake news.”

Washington’s claims come after a week of high-level talks with Russia, NATO and the OSCE to discuss Moscow’s proposals for improving collective security in Europe. The US and its allies rejected Russia’s key proposals out of hand.

On Friday, the New York Times reported the US is mulling a strategy of subverting Russia’s aims, without direct involvement, in case it invades Ukraine, adding that it may involve arming and training Ukrainian fighters in Europe. American President Joe Biden has apparently not made up his mind about what his government would do in the event that Moscow occupies the former Soviet republic, the newspaper claims. However, it insists that officials have come up with a possible US response in case an attack does take place. Washington apparently believes that Ukraine does not stand a chance against a potential Russian invading force in an open battle and it instead has focused on supporting Ukrainian “guerrilla” warfare on territory that could be occupied by Moscow, according to the daily.

America’s CIA has been overseeing a covert training program for members of Ukraine’s special forces in preparation for a potential conflict, former US intelligence and national security officials have reportedly claimed. The mission has supposedly been underway since Russia’s 2014 re-absorption of Crimea and is based at an undisclosed facility in the southern US, Yahoo News revealed on Thursday.