US Allows South Korea to Do Iran Trade In Euros: Report 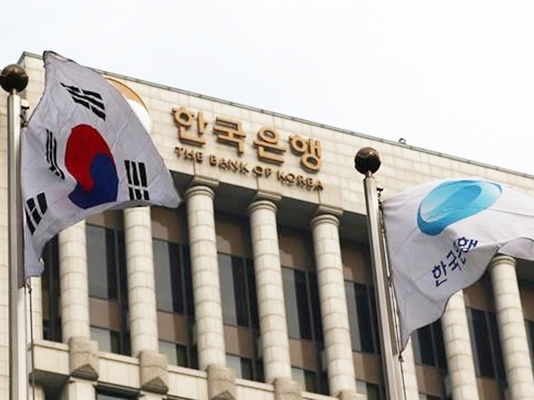 South Korean companies will be able to carry out business with Iran in euros as early as next month, enabling the Asian country to cash in on new opportunities from lifting of sanctions on Tehran.

Iran prefers a payment system in euros but South Koreans say it is impossible because they have to convert payments into dollars which could go against US law.

According to Korean media reports, the US government has indicated its readiness to allow payments in euro with Iran and Seoul will start trial run in the new system as early as next month.

“Under the system, when Korean companies would send money to European banks that would exchange won into euro before transferring the money to Iranian banks,” it said.

The new system will facilitate monetary transactions between Iran and South Korea which signed $45.6 billion of project deals in May and accelerate their revival of trade relations which shriveled under sanctions.

According to Pulse, South Korean companies have been under compliance of US sanctions and Seoul still needs to confer with Washington about the scope of reviving trade and launching new business ventures in Iran.

Park Geun-hye visited Tehran in May for the first tour of Iran by a South Korean president to Iran since 1962, accompanied by representatives of 236 South Korean companies and organizations. 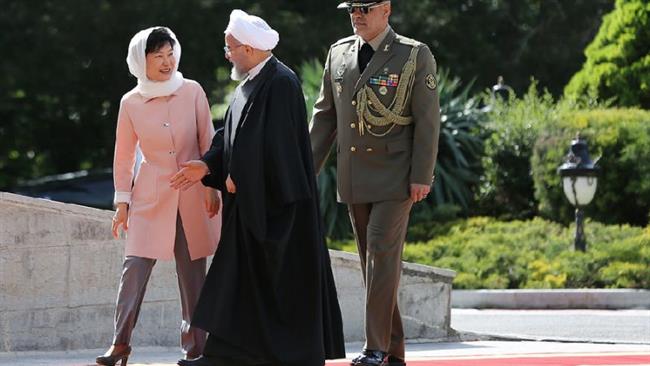 The two sides signed a number of agreements in the fields of oil and gas, railroads, tourism, and technology, and agreed to re-establish direct flights between Tehran and Seoul.

Iranian President Hassan Rouhani said then they agreed to increase their bilateral trade from the current $6 billion per year to $18 billion in the coming years.

President Park also met Leader of the Islamic Revolution Ayatollah Seyyed Ali Khamenei who told her the US should not influence the extent of Iran-South Korean ties.

“Relations between Iran and South Korea should not be dependent on sanctions or influenced by the United States or any grudges US may hold” against Iran, the Leader said.

South Korea is one of the biggest customers of Iranian crude oil. Since the lifting of sanctions, Iran has raised its oil and gas condensate exports to the Asian country to 400,000 barrels per day, a fourfold increase since the nuclear deal was implemented.

According to Pulse, South Korean businesses in industries including construction, shipbuilding, and automobile, have received payment so far in won via accounts named under Iran Central Bank managed by Woori Bank and Industrial Bank of Korea.

“Likewise, Iranian companies promoted trade with their Korean counterparts by receiving payment from Iran Central Bank. There have been no actual money transfers between Woori Bank and IBK and Iran Central Bank.”

The dollar-based payment system will be a boon to Korean companies and policy institutions, helping them accelerate trade with Iran.

Korean shipbuilders have already signed 3 trillion won ($2.7 billion) of initial deals with Iran while state utility firms are engaged in multi-billion-dollar energy projects. Six construction firms have also been selected as the preferred bidder for an order for 2.3 trillion wons of hospital construction project.

The Export-Import Bank of Korea has introduced a $15 billion financial package support for local businesses and is in final talks with the Iran Central Bank for a deal to support exports.