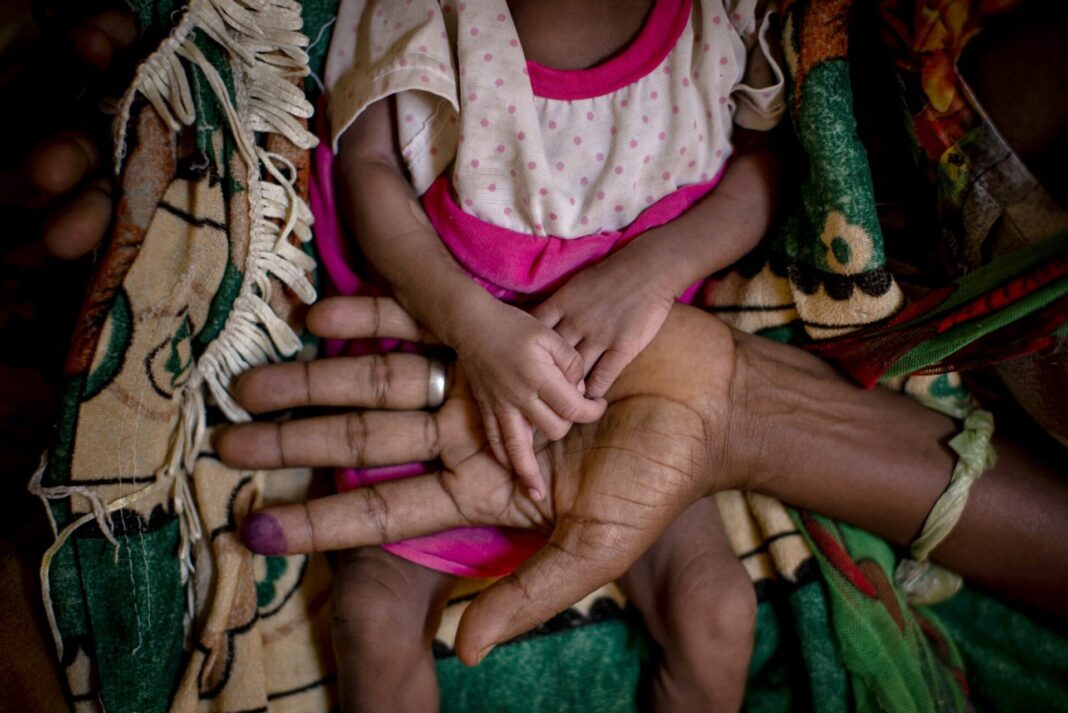 War in Ethiopia has pushed the embattled Tigray region toward starvation, the United Nation humanitarian chief warned. Martin Griffiths has said people are feeding with roots, flowers and plants in that region of the African country.

The crisis in Ethiopia is a “stain on our conscience”, the UN humanitarian chief said, as children and others starve to death in the Tigray region under what the U.N. has called a de facto government blockade of food, medical supplies and fuel.

Griffiths issued one of the most sharply worded criticisms yet of the world’s worst hunger crisis in a decade after nearly a year of war, in an interview with The Associated Press.

Memories of the 1980s famine in Ethiopia, which killed some 1 million people and whose images shocked the world, are vivid in his mind, “and we fervently hope is not happening at present,” he said.

“That’s what keeps people awake at night,” Griffiths added, “is worrying about whether that’s what is in prospect, and in prospect soon.”

He described a landscape of deprivation inside Tigray, where the malnutrition rate is now over 22 percent — “roughly the same as we saw in Somalia in 2011 at the start of the Somali famine”, which killed more than a quarter-million people.

The war in Ethiopia began last November on the brink of harvest in Tigray, and the U.N. has announced at least half of the coming harvest will fail. Witnesses have said Ethiopian and allied forces destroyed or looted food sources.

“So people have been eating roots and flowers and plants instead of a normal steady meal,” he continued, adding, “The lack of food will mean that people will start to die.”

Last week The AP, citing witness accounts and internal documents, reported the first starvation deaths since Ethiopia’s government imposed the blockade on the region of 6 million people in an attempt to keep support from reaching Tigray forces.

But the problem is not hunger alone.

The U.N. humanitarian chief, who recently visited Tigray, cited the lack of medical supplies and noted that vulnerable children and pregnant or lactating mothers are often the first to die of disease. Some 200,000 children throughout the region have missed vaccinations since the war began.

And the lack of fuel — “pretty well down to zero now”, Griffiths noted — means the U.N. and other humanitarian groups are finding it all but impossible to reach people throughout Tigray or even to know the true scale of need.

Phone, internet and banking services have also been cut off.

Billene Seyoum, the spokeswoman for Ethiopia’s Nobel Peace Prize-winning Prime Minister Abiy Ahmed, did not respond to questions. The government has blamed problems with humanitarian aid delivery on the Tigray forces, who long dominated the national government before Abiy sidelined them. Abiy’s government also has alarmed U.N. officials and others by accusing humanitarian workers of supporting the Tigray fighters.

Griffiths called such allegations unacceptable and unfair. He said he has told the government to share any evidence of misconduct by humanitarian workers so the U.N. can investigate, but “so far as I’m aware, we haven’t had such cases put to us”.

Ethiopia’s crisis has led the U.N., the United States and others to urge the warring sides to stop the fighting and take steps toward peace, but Griffiths warned that “the war doesn’t look as if it’s finishing any time soon”.