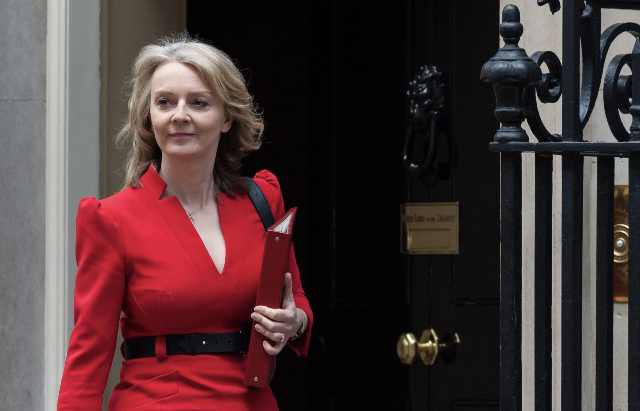 Truss will demand the immediate release of UK nationals detained in Iran – including Nazanin Zaghari-Ratcliffe – during a meeting with the country’s foreign minister on Monday.

The new foreign secretary is to hold talks with Amir Abdollahian at the United Nations General Assembly in New York, where she will raise the case of the charity worker among others.

Monday’s gathering will be the first time the two officials have met and comes after Zaghari-Ratcliffe’s husband, Richard Ratcliffe, said he would be speaking with Ms Truss on Sunday to urge her to make the issue a “top priority”.

Truss will also raise the country’s nuclear programme, with a warning that with every day that passes without a resumption of talks, there was “less space for diplomacy”.

Truss stated, “I will be asking Iran to ensure the immediate and permanent release of all arbitrarily detained British nationals in Iran, and to begin working with us to mend our fractured relations.”

“The UK, US and our international partners are fully committed to a nuclear deal, but every day that Iran continues to delay talks whilst escalating its own nuclear programme means there is less space for diplomacy,” she added.

Ratcliffe said on Sunday that he had given Truss the names of 10 people he accuses of being involved with ”hostage-taking“ in Iran.

His wife, a British-Iranian dual national, has been in custody in the country since 2016 after being accused of plotting to overthrow the government.

Ratcliffe told the BBC’s The Andrew Marr Show, ”I’ve got a phone call with the foreign secretary today, to be speaking to her two days into the job is a positive sign for sure.”

“Partly I just want to hear that this is a top priority and that Nazanin and the others who are being held as bargaining chips will be brought home,” he added.

”This coming week she (Ms Truss) should be meeting with the new Iranian foreign minister in New York when they’re over for the UN event, so hopefully there will be a positive conversation,” he continued.

“Right now I think enough needs to be enough, and it needs to be signalled really clearly to Iran that you can’t use innocent people in this way,” he said, adding, ”I’d really like them to be firm, to be brave and make some clear steps.“

Sacha Deshmukh, chief executive of Amnesty International UK, said, ”One of the things we’d like to see most urgently from the new Foreign Secretary is a clearly articulated strategy for securing the release of British nationals arbitrarily detained in Iran.

“The plight of Nazanin Zaghari-Ratcliffe, Anoosheh Ashoori and other UK nationals held in Iran has extended across the last four foreign secretaries – it’s long past time that the UK finally brought this deeply distressing episode to an end,” Deshmukh added.

Iran’s intelligence authorities arrested Zaghari, who worked for the Thomson Reuters Foundation, at Imam Khomeini International Airport in April 2016 as she was on her way back to London. She was subsequently put on trial and handed a five-year jail term after being found guilty of spying and spreading propaganda against Tehran.

In March, her lawyer said Iran has released Zaghari after she served her five-year term in prison. Hojjat Kermani added his client was to attend another court hearing in a separate case involving propaganda against Iran.

Zaghari was pardoned by Leader of the Islamic Revolution Ayatollah Seyed Ali Khamenei last year, but spent the final year of her term under house arrest.

She was sentenced to a further one-year jail sentence and one-year travel ban in late April. This sentence has not yet been implemented pending the outcome of an appeal, as yet unscheduled.