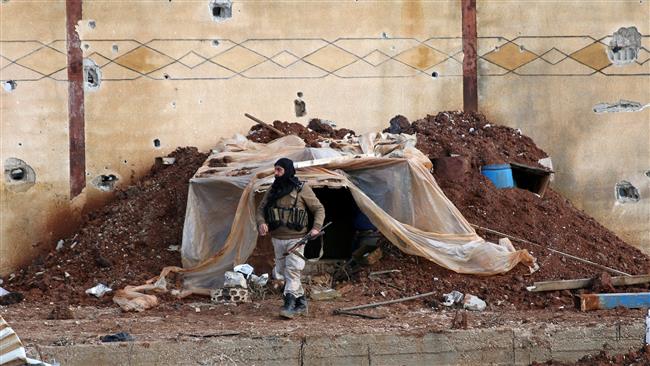 Iran says unconstructive remarks by Turkish officials regarding the developments on the ground in Syria will further complicate the situation in the Arab country.

“Unconstructive remarks by Turkish officials will merely further complicate the current situation and add to problems in the way of a political solution to the Syrian crisis,” Iranian Foreign Ministry Spokesman Bahram Qassemi said on Wednesday.

In a televised interview with the state-run Anadolu news agency on Wednesday, Turkish Foreign Minister Mevlut Cavusoglu called on Iran to exert pressure on Hezbollah fighters and the Syrian government to stop the alleged violations of a ceasefire in Syria, which he said were jeopardizing planned peace talks in the Kazakh capital Astana.

In reaction to the remarks, Qassemi said Iran, as a partner to a trilateral mechanism agreed between Tehran, Ankara and Moscow last month, stresses the implementation of the agreements and expects Turkey not to adopt stances that run counter to its commitments and the facts on the ground in Syria.

The Iranian official added that militants in Syria have committed numerous instances of ceasefire violations, including 45 breaches in just 24 hours.

Qassemi said that Turkish officials need to adopt necessary measures to deal with ceasefire violations by the militants if they seek a lasting truce in Syria and intend to contribute to the upcoming peace talks.

He said that Iran would continue to employ all it has in power to help the ceasefire and facilitate a political solution to the crisis in the Arab country.

The nationwide ceasefire deal between the militants and the Syrian government, which was brokered by Russia and Turkey, came into force on Friday. Daesh and the Jabhat Fateh al-Sham are not part of the truce. Since it came in to force, there have been multiple claims of its violation by all participating parties.

The planned peace talks in Astana are mediated by Russia, Turkey, and Iran. The three countries successfully implemented a similar accord earlier in December last year following the defeat of militants in the northwestern Syrian city of Aleppo.