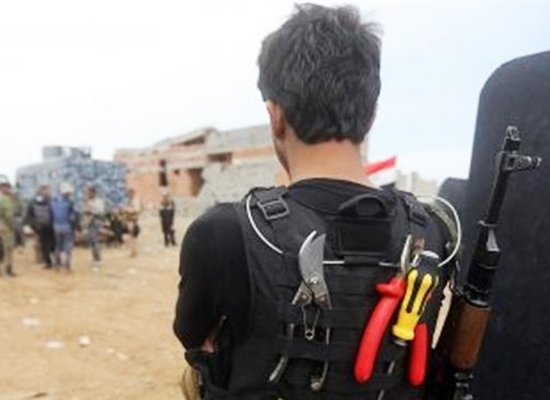 Three terrorist explosions have struck the north-central Iraq city of Tikrit, killing as many as 12 people.

A security source said the blasts rocked the northern entrance of Tikrit, which is the capital of Salahuddin Province, on Saturday.

The source said explosive devices loaded onto a vehicle were first set off at the Aqwas security check post before two bombers blew their explosive belts there.

The blasts also injured 23 others, including civilians, while the province’s police chief and a member of the city council escaped unscathed.

A curfew was imposed over the city afterwards.

Tikrit had been seized by Daesh in June 2014, when the Takfiri terrorist group unleashed its campaign of death and destruction in the country. It was, however, liberated a year later.

On Thursday, Iraq’s Prime Minister Haider al-Abadi addressed the 71st Session of the United Nations General Assembly in New York, saying that his country was mostly liberated from Daesh.

He reiterated the pledge for the liberation by year-end of the northern city of Mosul, which fell to Daesh in 2014 and has been called the group’s so-called headquarters in Iraq.