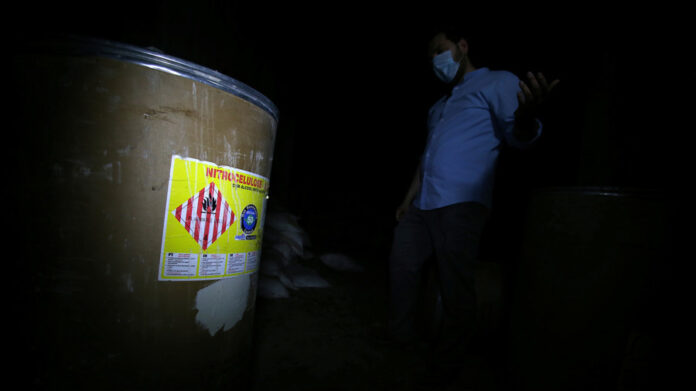 Foreign experts are helping terrorists conduct false-flag chemical attacks in the Syrian provinces of Idlib and Hama in an attempt to implicate Damascus. The Syrian News Agency, SANA, says rockets and toxic warheads have already been transferred to the eara.

Jabhat al-Nusra terrorists, with the help of foreign experts, transferred a shipment of rockets with toxic warheads to a number of areas in Idlib southern countryside and to al-Ghab Plain area in Hama countryside, in their quest to fabricate an alleged chemical attack scenario and accuse the Syrian Arab Army.

Local sources in Idlib countryside said that precise modifications have been made to locally-made rockets adding warheads loaded with chlorine and sarin gases by Jabhat al-Nusra terrorist organization, with the help of several foreign experts of French and Belgian nationalities, and another of Moroccan nationality in a headquarter for the terrorists in the surroundings of Idlib.

The sources revealed that the modification process took nearly two weeks to be completed as eight rockets were transported in two ambulance for the so-called “White Helmets” terrorist organization towards Zawiya Mountain and Jisr al-Shughur in the south and southwest of Idlib and al-Ghab Plain area in Hama countryside last Thursday.

The sources noted that the rockets were transported first to Bdama town in Jisr al-Shughour to be handed over there to one of the leaders in “Turkistan Islamic Party“ terrorist organization ,who in turn transported two of them towards one of the villages controlled by Jabhat al-Nusra terrorists in al-Ghab Plain., while the second ambulance transported 4 rockets towards Ahsam town in Zawiya Mountain to be received by a terrorist group affiliated to al-Nusra organization.

“The rockets would likely to be used by the terrorist organizations to accuse the Syrian Arab army with using the internationally prohibited weapons,” the sources added.