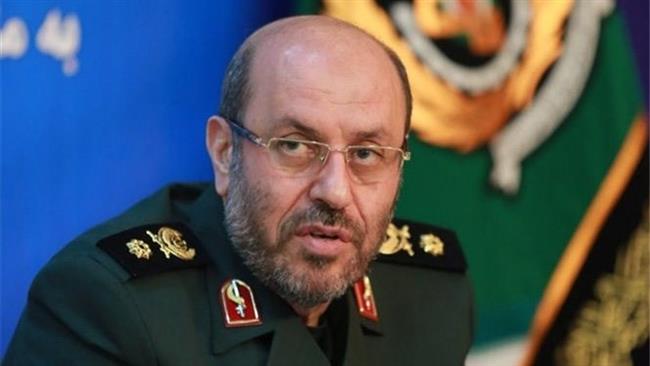 Iranian Defense Minister Brigadier General Hossein Dehqan has warned that supporters of terrorist groups in Syria may use the ceasefire agreement in the country to rearm the militants.

Speaking to reporters in Tehran on Tuesday, Dehqan added that the ceasefire in Syria, which was brokered by Russia and the United States and took effect late Monday, is a favorable development sought by everybody.

He added that global efforts are required to maintain the ceasefire in order to dispatch humanitarian aid to civilians in besieged areas and pave the grounds for Syrians to find a political solution to the crisis in the country.

Dehqan further stated all countries must respect the legal and legitimate Syrian government because the crisis in the war-stricken country cannot be settled through military approaches.

The truce deal was announced on Friday following intensive talks between Russian Foreign Minister Sergei Lavrov and US Secretary of State John Kerry. The seven-day-long ceasefire took effect at sundown on Monday.

Hours after it took effect, a group of militant outfits, including the so-called Free Syrian Army and its affiliated groups, including Ahrar al-Sham and Jaish al-Islam, released a joint statement bashing the accord and calling it “unjust.”

The government in Syria announced on Tuesday that militants hostile to Damascus have violated the ceasefire in the city of Aleppo.

Russia has been conducting an aerial campaign against militant positions in Syria since September 2015. The operations were launched on a request by Damascus, which has long had military accords with Moscow.