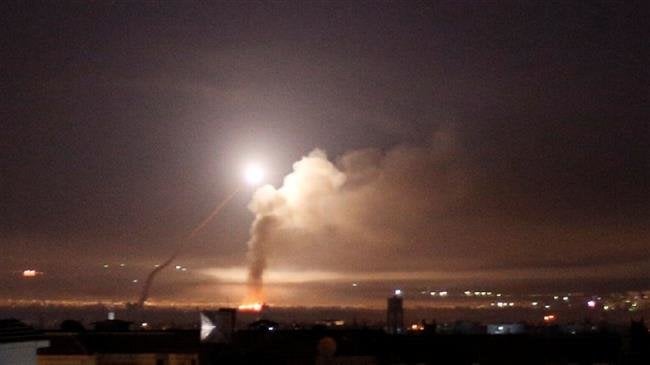 Syria has shot down “hostile targets” following an Israeli attack south of the capital Damascus and foiled its goals despite the “intensity of the aggression,” state media said on Friday.

A military source did not specify the targets but dismissed earlier reports that an Israeli war plane had been downed.

Syrian air defenses responded to the attack aimed at the town of Kiswah, south of the capital Damascus Thursday night, destroying at least five missiles.

They “were able to foil its goals despite the intensity of the aggression,” state media said.

Israeli media claimed that Iranian military advisers as well as fighters from Lebanese resistance movement Hezbollah were the main target in the attack.

Israel claims that Iran’s presence in Syria as part of an advisory mission requested by Damascus poses a threat to the regime’s security. Using this pretext, Tel Aviv has struck alleged positions of Iranian and Iran-backed forces across Syria over the course of the seven-year conflict.

The attacks are usually viewed as attempts to prop up terrorist groups that have been suffering defeats at the hands of Syrian government forces.

Israel and the US have even put pressure on Russia, another close ally of Syrian President Bashar al-Assad in the war against terrorist groups, to force Iran out of Syria.

In October, Moscow equipped Damascus with the advanced S-300 surface-to-air missiles, days after Israeli fighter jets attacking Syrian targets used a Russian surveillance plane flying nearby as a shield and misled the Syrian air defenses to shoot it down.

Since then Israel has been very careful with its operation over Syria.

It is not yet clear whether the S-300s were among the air defense systems used in the Thursday night counterattacks.