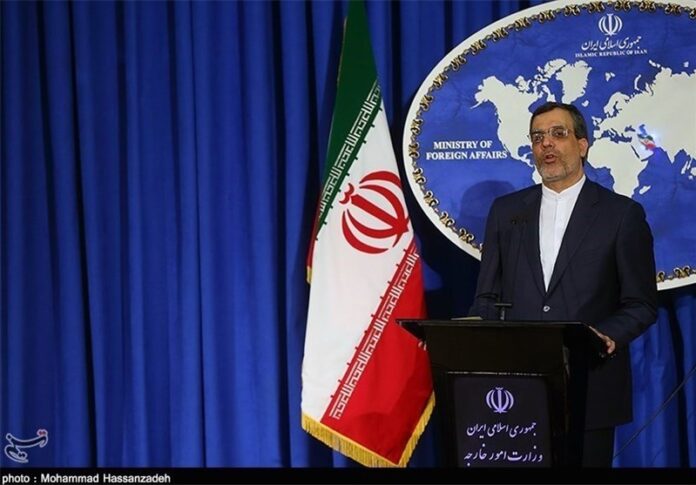 Speaking at a press conference in Iran’s northwestern city of Tabriz on May 3, Hossein Jaberi Ansari pointed to the chaotic protests in Baghdad, stressing that any development in Iraq should protect the “democratic achievements” that the Arab nation has gained over the past decade.

“The normal way is for serious dialogue and national compromise among the (Iraqi) local groups,” he underlined.

Expressing his hope for the settlement of conflicts in Iraq, Jaberi Ansari said Iran is prepared to help its Muslim neighbour by using its relations with Iraqi groups.

Asked about prominent Iraqi figure Muqtada al-Sadr’s recent trip to Iran, the spokesman made it clear that Iran maintains contacts with the Sadrist Movement, as with other active political groups in Iraq, and reciprocal visits by Iranian and Iraqi politicians are not unusual.

The comments came after hundreds of protesters stormed Baghdad’s heavily fortified Green Zone on Saturday and entered the Parliament building.

As the chaos erupted, one lawmaker was attacked, and protesters damaged several vehicles near parliament. The protesters were mostly supporters of the Muqtada al-Sadr.

Iran has always voiced its support for democracy and national dialogue in Iraq for settling political conflicts in a peaceful manner.