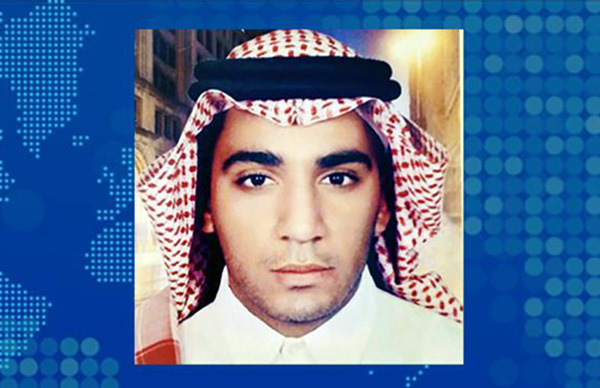 The kingdom’s secretive Specialized Criminal Court in the capital Riyadh sentenced Munir al-Adam to death for alleged “attacks on police” and other offences that it said occurred during demonstrations in Eastern Province in late 2011.

The 23-year-old is partly blind and was already partially deaf at the time when the Saudi forces arrested him. Adam, however, says he is now totally deaf in one ear as a result of being brutally beaten by police while in custody.

In a statement, Adam’s family strongly rejected the verdict, saying he had been tortured into confessing.

Adam, a steel cable worker, also said that he had only signed a document admitting to having committed the announced offenses after being repeatedly beaten by security guards. He also said he had been accused of “sending texts” to organize anti-government protests while he was too poor to own a cell phone.

“Like so many others, Munir was arrested for allegedly attending protests, and tortured into a ‘confession’ – he was beaten so badly that he lost his hearing. It’s a scandal that Munir now faces beheading on the basis of a bogus statement that he has since recanted,” she added.

Described by his family as a kind and simple young man, Adam was reportedly arrested in February 2012 for taking part in demonstrations in his home town of Qatif the previous year, when he was only 18 years old.

Foa added that concerns for the fate of Adam come shortly after the highly-criticized re-election of Saudi Arabia to the United Nations Human Rights Council.

Riyadh has been under fire for having one of the world’s highest execution rates. The Saudi authorities do not even spare mentally disabled people from the death penalty. Moreover, most executions are performed in public places and in some cases decapitated bodies are left hanging in public squares as a deterrent.

“In Saudi Arabia, where people are routinely sentenced to death after grossly unfair trials, we have seen a dramatic surge in the number of executions in the past two years which has shown no sign of abating in 2016,” Sara Hashah, Amnesty International’s Middle East and North Africa spokesperson, said in a statement in July.

“Saudi Arabia’s authorities must end their reliance on this cruel, inhuman and degrading form of punishment immediately,” she added.

Beheading with a sword is the most common form of execution in Saudi Arabia.

Eastern Province has been the scene of peaceful demonstrations since February 2011. Protesters have been demanding reforms, freedom of expression, the release of political prisoners, and an end to economic and religious discrimination against the oil-producing region.