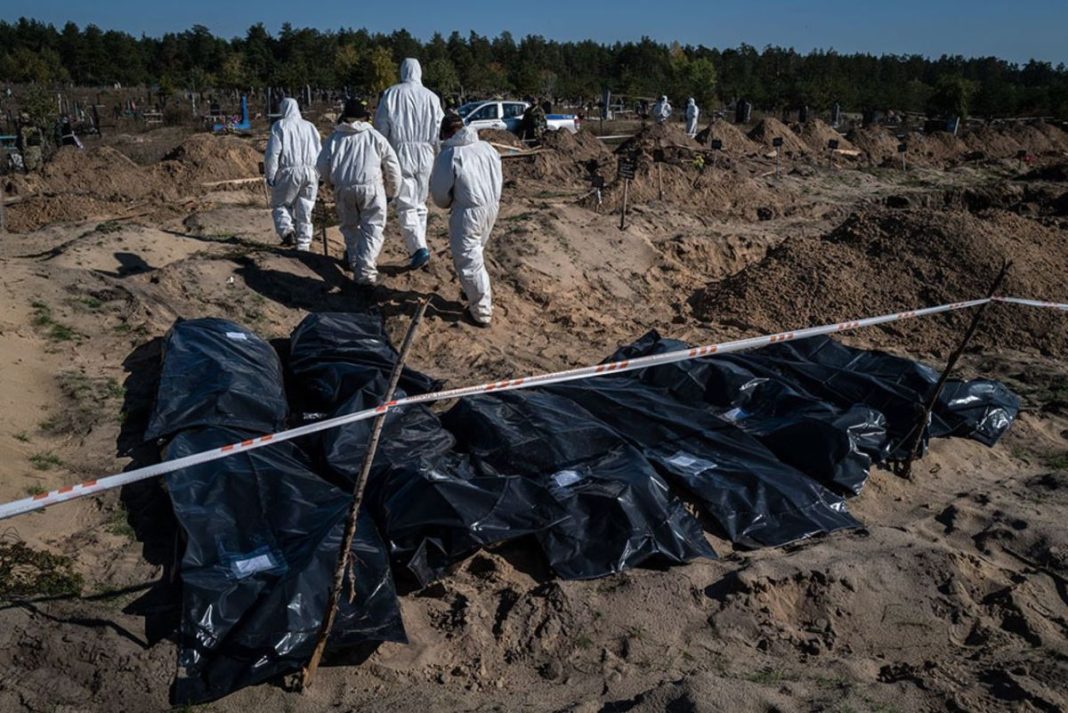 In a post on Telegram he said that most of the missiles fired overnight were shot down by the country’s air defence systems.

Russia has been targeting critical infrastructure, such as power stations and water supply systems in Ukraine in recent weeks.

Zelensky added, “To all energy workers and services that are currently working at the sites of impact and restoring our infrastructure. You are our heroes!”

Iran’s foreign ministry spokesman says the European Union allegations that Iranian-made drones were used in the Ukraine war, show they are continuing irresponsible, destructive and illegal moves to create a poisonous political atmosphere against the Islamic Republic, reiterating issues pertaining to the current war in Ukraine are completely unrelated to the United Nations Security Council Resolution 2231.

Nasser Kanaani was reacting to the fresh anti-Iran sanctions by the Council of the European Union as well as the UK over the allegation of Russia’s using Iranian drones in the Ukraine war.

Mykhailo Podolyak, a political adviser to the Ukrainian president, has accused Moscow trying to “provoke new refugees” to flee to Europe by targeting “critical infrastructure” in the country.

“Whether Vladimir Putin will be able to implement his plan depends on European capitals’ leaders. The only way to stop humanitarian catastrophe — transfer air defense and additional missiles fast,” he added.

Russian forces have started to retreat from the west bank of the Dnipro River in Ukraine’s southern Kherson region.

Ukraine’s military command announced that 2,000 Russian soldiers had been ordered to cover the retreat and Western analysts warned that Russia may blow up a dam 35 miles upstream from the city of Kherson to slow down the Ukrainian advance.

“The Russian withdrawal from western Kherson Oblast has begun,” the US-based Institute for the Study of War said.

“Russian forces likely intend to continue that withdrawal over the next several weeks,” it added.

Russia’s ministry of defence has not commented but in an interview last week Russia’s top commander in Ukraine said that “tough decisions” would have to be made.

Ukrainian artillery strikes have destroyed several bridges over the Dnipro river, making it increasingly hard for Russia to resupply its forces along the southern front and making the retreat cumbersome.

Ukraine started an offensive to recapture Kherson region in August.

“Depending on the degree of the damage after the shelling, it is possible to restore power supply within a period of several hours to a day,” he added.

Russian air attacks have hit at least half of Ukraine’s thermal generation capacity, causing billions of dollars of damage since October 10th, though not all those power units have stopped working completely, Ukraine’s energy minister said.

German Galushchenko told Reuters that Ukraine may need electricity imports to get through the winter after attacks that had struck 30-40 percent of power infrastructure and traders were already holding negotiations with suppliers.

Moscow stepped up its strikes last week using missiles and loitering munitions to target Kyiv and major power and heating infrastructure in what Vladimir Putin said was payback for a Ukrainian attack on a bridge to annexed Crimea.

In a message on Telegram, Ukrenergo said that the “scale of damage is comparable or may exceed the consequences of the attack on October 10-12”.

It added that repair crews are starting to repair the facilities after the rocket attack, but that restrictions are in place as they try to restore the electricity supply.

With winter fast approaching, Russia forces have been targeting Ukraine’s energy infrastructure for more than a week.

Ukrainian president Volodymyr Zelensky stated that 30% of the country’s power stations had been destroyed in the Russian bombardments.

More than 66,000 Russia troops have been killed in the war to date, Ukraine has claimed.

The claims have not been independently verified.

Putin is only deepening Ukrainians’ resolve with drone attacks: US secretary of state

Russian President Vladimir Putin thinks drone attacks against civilian infrastructure in Ukraine “will somehow break the will of Ukrainian people,” but the strikes are having the opposite effect, US Secretary of State Antony Blinken said Friday.

“He’s only deepening the resolve to defend their country,” Blinken stated at a news conference with the French Foreign Minister Catherine Colonna at the State Department.

Blinken repeated the US assertion that Russia’s drones are supplied by Iran, an assessment echoed by a growing number of international bodies this week. Moscow and Tehran officials deny collaborating on the attacks.

The strikes have “a clear goal: to make the Ukrainian people suffer,” Blinken continued.

“Moscow can knock out the lights across Ukraine, but it cannot, it will not, extinguish the Ukrainian spirit,” he added.

“The enemy is doing everything to slow down our food exports,” Zelensky said in his evening address.

He added, “I believe that by these actions, Russia is deliberately inflaming the food crisis to make it as acute as it was in the first months of this year. Today, more than 150 vessels are in line to fulfill contractual obligations to supply our agricultural products … It occurred only because Russia deliberately delays the passage of ships.”

The Black Sea Grain Initiative — which was brokered by the UN and Turkey — was signed by representatives from Russia and Ukraine in July.

Gennady Gatilov, Russia’s ambassador to the United Nations in Geneva, said last week that Moscow could leave the deal, according to Reuters. Later, President Vladimir Putin weighed in, stating Russia would shut the export corridors if they are used to carry out “terrorist attacks.”

Over 6,000 civilians have been killed in war in Ukraine: UN human rights office

More than 6,000 civilians have been killed since Russia invaded Ukraine, and the number is likely much higher than can be accounted for right now, according to the United Nations’ authority on human rights.

“As of Oct. 18, the Office of the High Commissioner for Human Rights has recorded 15,956 civilian casualties: 6,322 killed and 9,634 injured since Feb. 24,” Rosemary DiCarlo, the under-secretary-general for political and peacebuilding affairs, said while speaking at a UN Security Council meeting Friday.

“At least 397 children have been killed in the war,” she added.

The UN is also concerned about the destruction of critical energy infrastructure, DiCarlo stated.

“Combined with soaring gas and coal prices, the deprivation caused by these attacks threatens to expose millions of civilians to extreme hardship and even life-endangering conditions this winter,” DiCarlo continued, emphasizing that attacks targeting civilians and civilian infrastructure are prohibited.

She noted the Independent International Commission of Inquiry on Ukraine submitted its report to the UN General Assembly this week.

“The document states that there are reasonable grounds to conclude that war crimes and violations of human rights and international humanitarian law have been committed in Ukraine,” DiCarlo said.

“The impact of these violations on the people in Ukraine is immense — and so is the need for accountability,” she underlined.

“Accountability remains crucial as new allegations of atrocities have emerged in areas that have recently returned to Ukrainian government control. We must not let impunity prevail,” she underscored.

The people of Ukraine are “ready to suffer” through a potentially dark and cold winter as long as Russian troops are still occupying Ukraine’s territory, the country’s infrastructure minister told CNN on Friday.

“Everybody feels that our army on the battlefield is winning,” Oleksandr Kubrakov told CNN’s Julia Chatterley. But they also understand that the attacks on the infrastructure are aimed at making people’s lives more complicated, he said.

Days of devastating attacks on energy infrastructure have caused the nation to lose at least 40% of its power-generating capacity.

Ukrainian officials warned earlier this week that both emergency and scheduled blackouts would follow. Those power outages impacted the capital Kyiv and other central regions Thursday before expanding to eastern regions.

A top priority for Ukraine now is to maintain connectivity between different regions for military and humanitarian transport, while also keeping the energy infrastructure running, Kubrakov told CNN.

Ukraine will not negotiate with Russia as long as Russian soldiers are still occupying Ukrainian land, he continued.