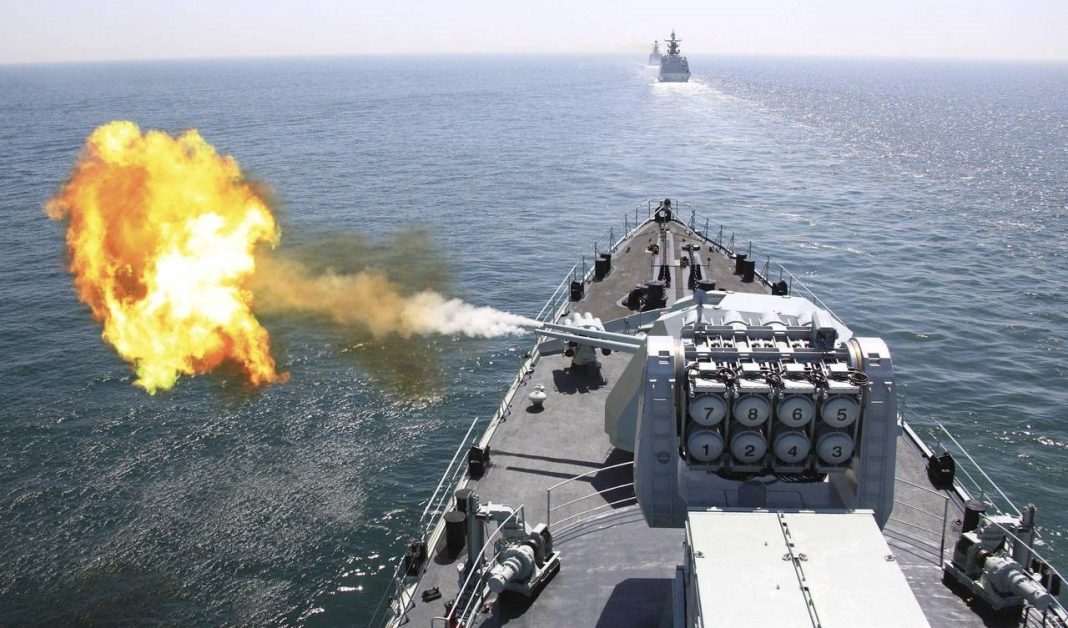 The joint naval exercises, air patrols and other drills of Moscow and Beijing are a response to the aggressive build-up of US military potential in the region, Chief of the General Staff of the Russian Armed Forces Valery Gerasimov has said.

“Russian-Chinese maritime and air patrols in the Asia-Pacific region, as well as exercises and drills have become the practical implementation of the strategic partnership with China. The purpose of such actions is to increase the combat coherence of the troops and forces of the two countries and the ability to withstand new challenges and threats,” Gerasimov told a briefing of foreign military attaches.

The Russian official underscored that neither Russia, nor China are planning to create any alliances and new dividing lines in the region, but the joint drills are a simply a natural reaction to the actions of the US.

Speaking about Strategic Arms Reduction Treaty (New START), Valery Gerasimov noted that not all mechanisms of the New START operate after the COVID restrictions, and sanctions on any military contacts also complicate the situation.

“Currently, only the START Treaty has been preserved from the entire set of arms control instruments. However, after the COVID restrictions, not all the mechanisms of this agreement operate as it was intended before the signing of the agreements. Sanction restrictions, thoughtlessly imposed by European countries on any military contacts, have also been adding to problems,” Gerasimov added.

According to the defense ministry official, the actual collapse of the arms control system established in previous decades was the result of Western actions.

In recent years, the nuclear-capable bombers of Russia and China have also conducted joint flights and patrols over the Sea of Japan, East China Sea, and the Western Pacific.

China and Russia have stepped up joint military exercises as part of their aligning of foreign policies to oppose the US hegemony. Earlier this year, Russian Foreign Minister Sergei Lavrov stated Moscow had placed its focus on developing relations with Beijing.

Amid recent tensions between Beijing and Washington over the US political and military interference in Taipei, Russia was an ardent supporter of China.

Since Chinese President Xi Jinping and his Russian counterpart Vladimir Putin described the friendship between the two as having “no limits,” Washington has become more vigilant about the relations between Beijing and Moscow.