Putin: Iran Has No Nuclear Threat, Americans Fooling Us 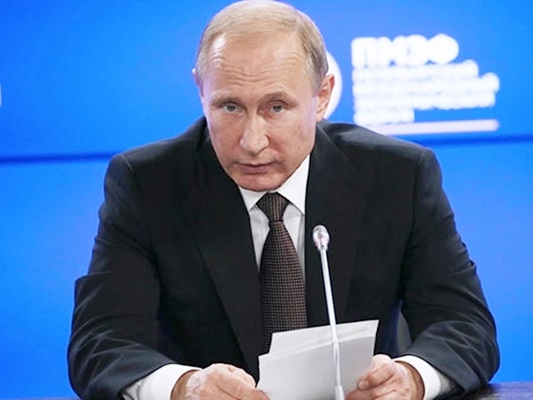 Russian President Vladimir Putin said the US has fooled the world about Iran's nuclear threat in order to build its missile defence system in Europe.

Putin said the US missile defence system being deployed in Europe has the potential of being used as an offensive system, and may be used against the Russian Federation, TASS reported.

“It is actually like this – they tried to deceive us once again,” he said at a meeting with the heads of global information agencies.

“We know approximately which year the Americans will get a new missile that will have a range of not 500km but more, and from that moment they will start threatening our nuclear potential. We know what will be going on, year-by-year. And they know that we know,” Putin underscored.

He stated that the United States, “Despite all our objections, all our proposals on real cooperation, does not want to cooperate with us, rejects our proposals and acts in accordance with its own plans.”

“You may believe me or not, but we have suggested specific variants of cooperation, they have really all been rejected,” Putin said.

He recalled that missile defence system elements had been built in Romania. “What have they constantly said? “We need to protect ourselves from Iran’s nuclear threat.” Where’s the Iranian nuclear threat? There’s none!”