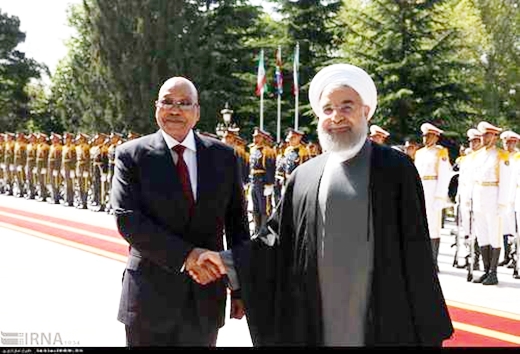 The national anthems of the two countries were played at the ceremony, and the two presidents reviewed a parade.

After that, the Iranian and South African presidents started bilateral talks.

During Zuma’s stay in Tehran, several economic documents will be signed by the two countries’ delegations.

The South African president is scheduled to leave Tehran for the historical Iranian city of Isfahan on Monday.