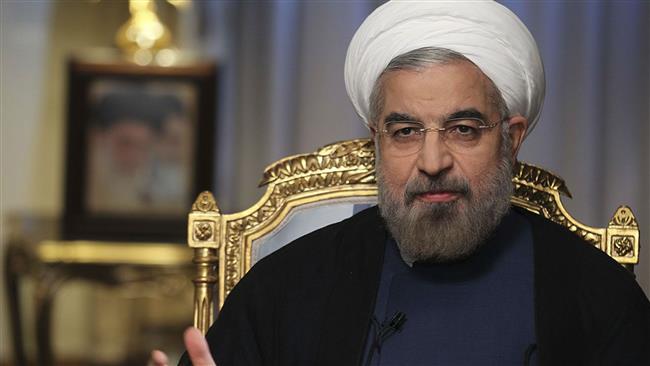 The Iranian nation will not allow disobedient groups and individuals inside the country to use this crime as a pretext to conduct illegal acts and cause disgrace for the establishment.

In a message on Sunday, the Iranian president condemned Saudi Arabia’s “un-Islamic and inhuman” act of executing Sheikh Nimr, which was in “blatant violation of human rights and Islamic values.”

“Such a measure is in line with sectarian policies and aims to spread terrorism and extremism in the region and across the world, which have destabilized the region and waged war and conflicts in recent years,” Rouhani said.

The Iranian president emphasized that by executing Sheikh Nimr, the Saudi government has further tarnished its image among world countries, particularly Muslim states.

Rouhani said the Muslim Iranian nation, along with all Muslims across the world, slam Saudi Arabia’s execution of Sheikh Nimr but will not allow disobedient groups and individuals inside the country to use this crime as a pretext to conduct illegal acts and cause disgrace for the Islamic establishment.

The Iranian president added that all Iranian authorities are determined to take a firm action in dealing with any unlawful measure.

According to reports, a number of protesters threw incendiary devices at the building causing minor damage. Police forces, deployed to keep order, dispersed the angry crowd.

Tehran Prosecutor General Abbas Jafari Dowlatabadi said on Sunday that 40 people have been identified and arrested for entering the premises of the Saudi embassy in Tehran.