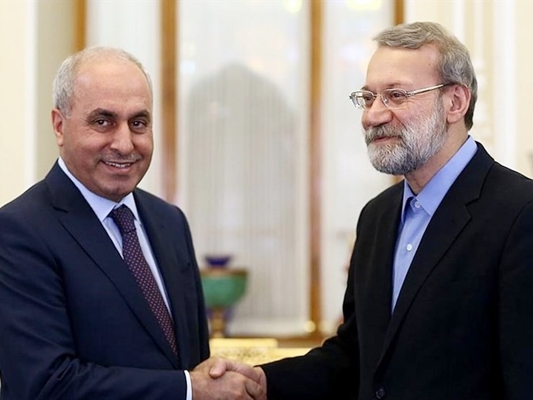 Iranian Parliament Speaker Ali Larijani said on Sunday policies adopted by world powers have resulted in the insecurities in the region.

“Wrong policies and the support shown by global powers and some regional countries for terrorist groups have led to the spread of insecurity and instability in the region, particularly in Iraq and Syria,” Larijani said in a meeting with the visiting Iraqi minister of planning and acting minister of trade, Salman al-Jameeli.

He reiterated the importance of resolving regional problems through political and diplomatic approaches.

The Iranian parliament speaker further renewed the Islamic Republic’s continued policies to supports efforts to restore stability and peace to the region.

As regards ties with Iraq, Larijani further deep-rooted historical, cultural and religious commonalities between the Iranian and Iraqi nations would be a cornerstone for the expansion of political, economic and parliamentary relations.

Also at the meeting, the Iraqi minister hailed Iran’s key role in fighting extremism and Takfiri ideologies in the region.

Jameeli called for efforts to speed up economic cooperation between the two countries.