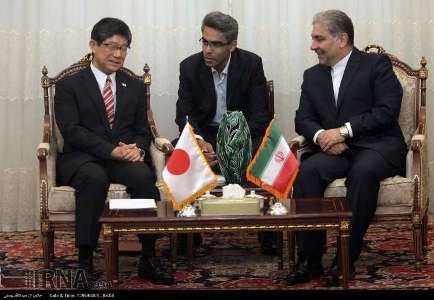 The Japanese ambassador to Iran said that various MoUs between Tehran and Tokyo have been signed, and Japan is getting prepared to dispatch high-ranking business delegations to Iran.

Speaking in a visit with the East Azarbaijan Governor-General, Hiroyasu Kobayashi said that all Japanese offices in Iran have increased their staff two-fold or three-fold. He added that signing investment agreements and opening a $10bn credit line brings hope for big plans to be materialized.

Referring to both countries’ cooperation in protecting the environment, especially in reviving Lake Urmia, he said that there is hope that the joint plans will protect the environment and people of East Azarbaijan.

Regarding the East Azarbaijan Governor-General’s request on holding scientific conferences by Japanese professors in Tabriz University, he said that holding conferences is the best step to start cooperation.