Japan lodged a protest with Russia in connection with the alleged violation of Japanese airspace by the Russian aircraft and called on Moscow to prevent ‘repetition of the incidents.’

“Yesterday, at 9:37 a.m. [local time, 00:37 GMT] and at 9:58, a Russian plane violated the airspace of our country near Cape Shiretoko on the Hokkaido island. In this regard, the defense ministry scrambled fighters of the Air Self-Defense Force, and the Ministry of Foreign Affairs lodged a strong protest with the Russian government through diplomatic channels,” Kato told reporters.

The foreign ministry also demanded that measures be taken to prevent such incidents in the future, the official added.

The Japanese Ministry of Defense announced on Sunday that a Russian An-26 aircraft illegally entered Japan’s airspace in the area of the Shiretoko Peninsula on the Hokkaido island twice within 30 minutes. Japanese media reported that this appeared to be a civilian airplane. 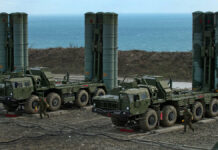 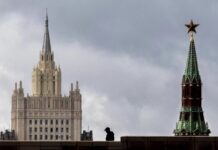