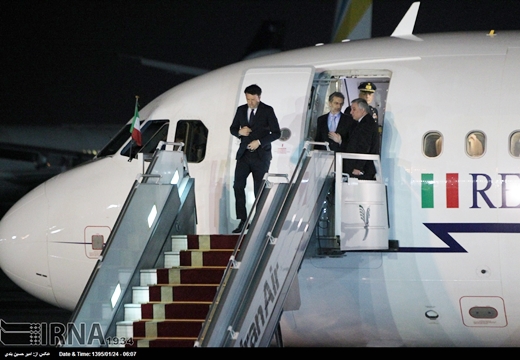 The Italian prime minster arrived in Tehran on Tuesday to discuss ways to improve mutual economic cooperation between the two nations.

Heading a 250-strong business delegation, Matteo Renzi landed in the Iranian capital for an official two-day visit at the invitation of Iranian President Hassan Rouhani.

His visit to Tehran is part of efforts to boost bilateral economic cooperation and remove the trade berries in the post-sanctions era.

According to Iranian officials, Iran and Italy are going to sign a new agreement and two memorandums of understanding during Renzi’s visit, while pursuing the implementation of the previous contracts.