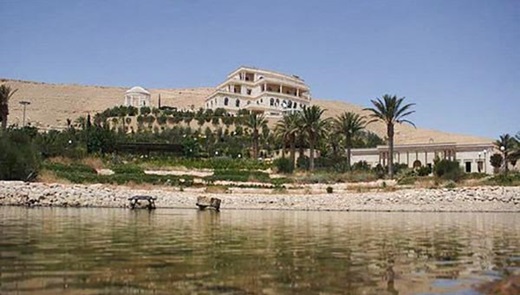 Images of a Qatari-owned grand palace in Palmyra, Syria IS militants have seized.

The IS terrorist grouping has released images of a stately palace it says belongs to the mother of the Qatari emir in the Syrian city of Palmyra.

IS militants, who have recently seized the historical city, say the grand palace was built a few years ago when there were very close relations between the Syrian government and former Qatari emir.

The mother of the Qatari emir is said to have several prime properties around the world, including in London.

The following images of the palace now in terrorist hands have been released by Fararu.ir: