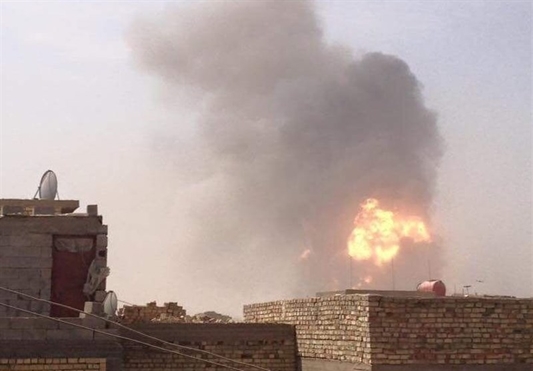 A suicide bomber killed at least seven people who were setting up tents on Sunday ahead of a major Shiite religious observance next month, officials said.

The bomber struck as residents of Baghdad’s western Eskan neighborhood were preparing for Ashoura, which commemorates the 7th century martyrdom of Imam Hussein (AS), the grandson of the Prophet Muhammad (PBUH), a police officer said, adding that another 28 people were wounded.

A medical official confirmed the toll. Both officials spoke on condition of anonymity as they were not authorized to release information, the Associated Press reported.

No one immediately claimed the attack. Daesh and other terrorists frequently target Iraq’s Shiite majority.

Ashoura annually draws hundreds of thousands of Shiite pilgrims to Iraq, particularly the holy city of Karbala, where Imam Hussain is buried.

The attack came a day after a triple suicide bombing killed 11 Iraqi security forces and wounded 34 at a checkpoint north of Baghdad. Daesh claimed the attack.

The terror group has suffered a series of setbacks in recent months, losing much of the territory it seized in the summer of 2014, but it has continued to carry out attacks targeting Shiites and security forces.

The extremists still control Mosul, Iraq’s second largest city. Iraqi officials say they hope to launch an operation to retake the city by the end of the year.