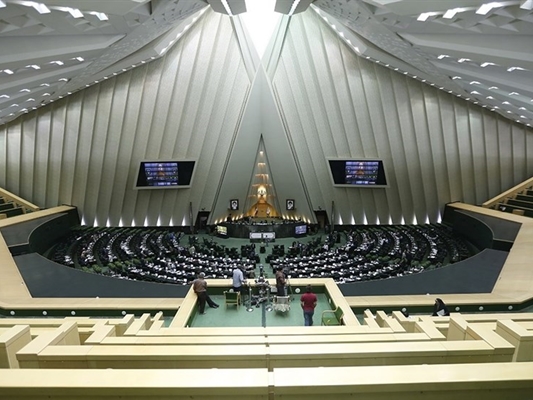 The Iranian parliament’s National Security and Foreign Policy Commission on Sunday released a half-yearly report on the process of implementation of a nuclear deal between Tehran and six world countries known as the JCPOA.

The report was read out in an open session of the parliament on Sunday.

Tehran and the Group 5+1 (Russia, China, the US, Britain, France and Germany) on July 14, 2015, reached a conclusion over the text of the Joint Comprehensive Plan of Action (JCPOA), which took effect on January 16.

According to a law that requires the Iranian administration to safeguard the nation’s achievements and nuclear rights, the National Security and Foreign Policy Commission has been tasked with monitoring “the proper implementation” of the JCPOA, and is required to submit a report on the issue to the presiding board of the parliament every six months.

The new report contains information about Iran’s measures to honor its commitments, the steps taken by the Group 5+1 (also known as P5+1 or E3+3), the latest status of termination of the anti-Iran sanctions, the cases of US breach of the deal or its failure to meet commitments, and comes up with a series of suggestions.

The report deplores sluggish progress in global banking interaction with Iran, saying that major international banks are reluctant to work with Iran and that Tehran still has problems in financial transactions with the world.

It has also blamed concerns about cooperation with Iranian banks on Washington’s intimidating policies and the possibility of new penalties by the US government.

“Though the United States of America has undertaken tasks under the JCPOA and has seemingly taken action to honor them, it is trying to disrupt and delay carrying out its commitments in practice,” the report noted.

It further described US violations and obstructive measures in implementing the JCPOA as the “major challenge” that Iran faces now, but underlined that Washington will ultimately have to meet its commitments given the Iranian nation’s resistance and fortitude.