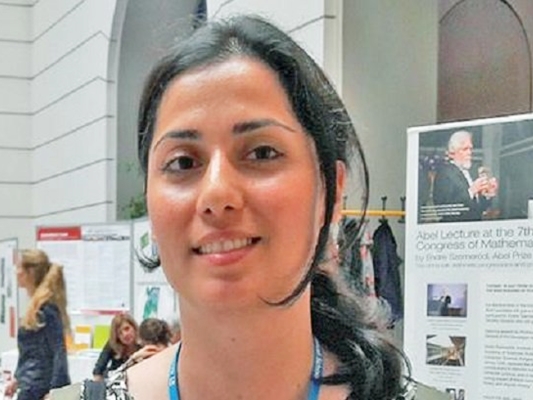 Working as a professor at KTH Royal Institute of Technology in Sweden, Zahedi is being recognized for her efforts to improve computer simulations of the behaviour of fluids that don’t mix together.

Zahedi, 35, is the only woman to win one of this year’s prizes, which were announced during the 7th European congress of Mathematics held in Berlin on July 18-22.

She is one of the nine female recipients of the honourable prize since its inauguration in 1992 and will receive a check for €5,000.

Zahedi, who have been living in Sweden since she was 10, pointed to her experiences in the country, saying, “I didn’t have any friends and I didn’t know any Swedish, but math was a language I understood.”

“In math class, I was able to communicate with my peers and make friends by solving problems with them,” she added, as reported by Mehr and edited by IFP.

Zahedi is an expert in numerical analysis, a study of how to make computer simulations more efficient and accurate. She creates simulations of fluids that do not mix well, such as water, oil and gas.

Sara Zahedi was one of the 1,300 participants, and among the stars of European congress of Mathematics in Berlin. She believes that anyone can understand mathematics.

“We must go much further towards younger age groups and to show them how math is used in their real world; I also believe that programming should be taught as a discipline in the school curriculum.”