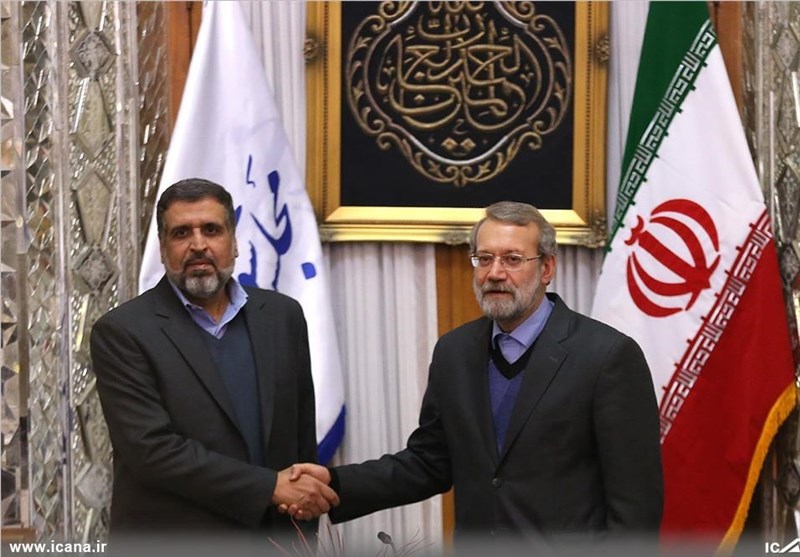 Iran’s Parliament Speaker Ali Larijani called on Palestinian groups not to abandon support for Syria, because it will only serve the interests of Israel.

“Syria has been always the strategic depth and one of the pillars of support for the axis of resistance against the Quds occupying regime (Israel), and no Palestinian should lose such strategic opportunity (for reinforcing the resistance) with incorrect assessment,” Larijani said at a meeting with Secretary General of the Palestinian Islamic Jihad Movement Ramadan Abdullah Shalah in Tehran on Wednesday.

Deploring the policy that certain Palestinians adopted on the crisis in Syria, the Iranian speaker slammed attempts to weaken Syria as a “strategic mistake”, warning that any harm to Palestine-Syria ties will only benefit the Zionist regime of Israel.

The Palestinian groups that turned against Syria and the axis of resistance have gained nothing, but have only served Israel’s interests, Larijani noted.

He further reaffirmed Tehran’s commitment to supporting Palestine, stressing that the issue should not slip into oblivion.

For his part, Abdullah hailed Iran as the only Islamic country that has never shifted its stance on Syria and has kept supporting the Palestinian nation’s interests.

Denouncing Israel’s plots to disintegrate Muslim states, including Syria and Iraq, the Palestinian official said regional crises have been imposed from outside the region.

In his visit to Iran, Abdullah had a meeting on Tuesday with Iranian President Hassan Rouhani, who underlined that restoration of Palestinians’ rights should be the top issue on agenda of Middle Eastern and Muslim countries.