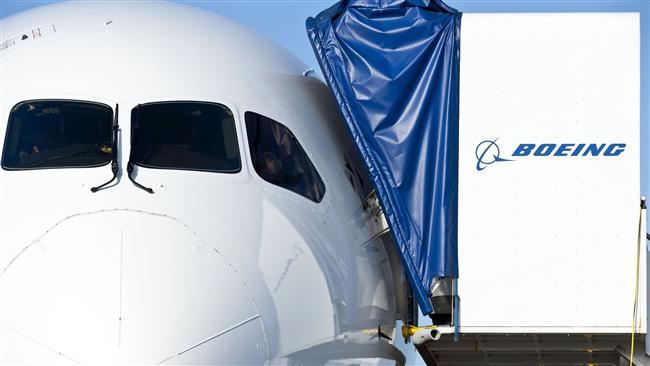 Iran has rejected speculations that the deteriorating rhetoric by US President Donald Trump against the country could lead to the cancelation of a major plane purchase agreement with the American aviation giant Boeing.

Iran’s Minister of Roads and Urban Development Abbas Akhoundi told the domestic media that a deal which Iran has sealed with Boeing was “a commercial one” and could not be therefore cancelled through an order by the US president.

“This cannot happen,” Akhoundi emphasized in response to a question on whether Trump could order to kill the deal with Boeing. “This is a commercial deal.”

Boeing announced a $16.6 billion agreement with the national carrier Iran Air in December, saying the orders were on course to support nearly 100,000 new jobs in the United States.

The deal, however, has already run into opposition in the Republican-run Congress and Trump’s travel ban further makes it impossible for pilots, cabin staff and maintenance crews to enter the US for training.

US media earlier this week highlighted concerns that Iran’s deal with Boeing to buy 80 passenger planes had been thrown into doubt following President Trump’s executive order barring travel by Iranians to the US.

Meanwhile, Iran’s Deputy Transport Minister Asghar Fakhrieh-Kashan has warned that Iran would seek return of “prepayments with interest” if the Boeing deal were thwarted by Trump’s administration.

The aircraft have to be delivered over 10 years, beginning in 2018. The agreement includes orders for 50 narrow-body 737 passenger jets and 30 wide-body 777 aircraft. Boeing has said the deal was reached under the conditions of a US government license issued in September.

Iran has also signed a deal with the European plane maker Airbus to purchase 100 planes.  It delivered the first plane in January with more deliveries coming up over the next few months.