Iran Will Never Compromise on Distance from US: Leader 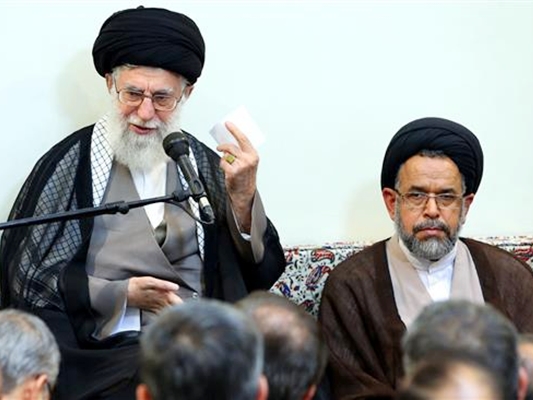 Leader of the Islamic Revolution Ayatollah Seyyed Ali Khamenei says Iran will never back down from distancing itself from the United States.

“Keeping a distance from the head of the arrogant movement, i.e. the US, is one of the most important definitive principles of the great founder of the Islamic Republic (the late Imam Khomeini) and there is no room for any compromise or negligence in this regard,” Ayatollah Khamenei said in a meeting with Iran’s Intelligence Minister Mahmoud Alavi and other senior personnel of the ministry on Tuesday.

Ayatollah Khamenei hailed the relentless efforts of the ministry, describing it as a “very important and crucial bastion” and “the wakeful and observant eye of the Islamic establishment.”

“The Intelligence Ministry is the hard shell of the Islamic establishment and should never become vulnerable,” the Leader added.

The Leader further called for the presence and operation of the ministry anywhere suspected of becoming a hideout for the enemy to deal a blow to the Islamic Republic.

Ayatollah Khamenei also said the survival and victory of the Islamic Revolution are tied to maintaining faith, adding, “The failure of the global arrogance against the Islamic establishment, despite massive and varied plots and methods that they have deployed since the first day against the [Islamic] Revolution, could not have been possible without the support of faith.”

The Leader stated that any move to weaken the faith of the Iranian people and officials would be treason and added, “The defensive force that has sustained the country throughout all these years has been the power of faith and if this strong and efficient weapon is undermined, it will lead to many plights.” 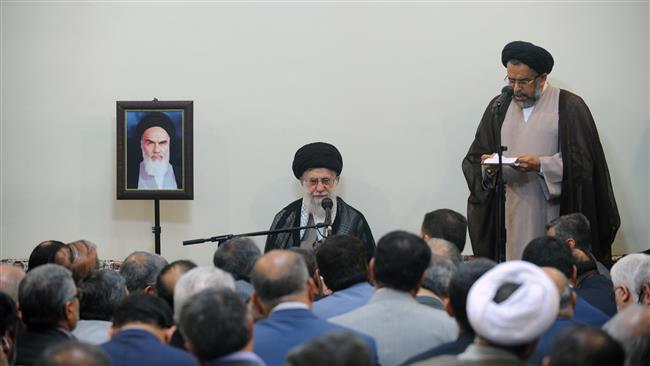 Elsewhere in the meeting, Ayatollah Khamenei highlighted the role of the ministry in helping the realization of Resistance Economy, saying, “The solution to the country’s problems is Resistance Economy and some works have begun in this field but the result of these works must be seen on the ground.”

Prior to Ayatollah Khamenei’s remarks, Alavi provided a comprehensive round-up of the Iranian Intelligence Ministry’s agendas and activities.