Iran: Use of US Weapons Against Yemeni Civilians a War Crime 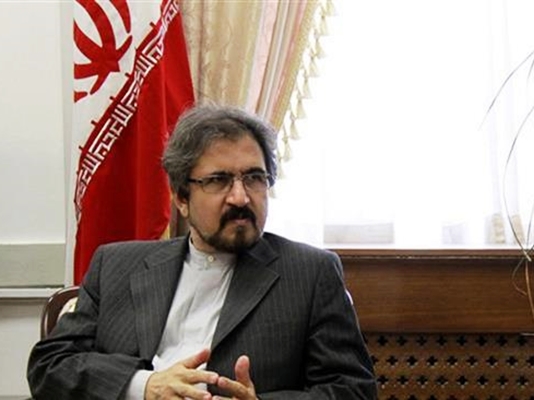 Iran has denied claims by a senior US naval official that the country has been sending arms and missiles to Yemen's Ansarullah Movement.

Donegan recently claimed that the US and partner nations had intercepted five shipments of weapon headed from Iran towards Yemen.

Qassemi stressed that these false claims are being made as the West continues to sell deadly arms to Saudi Arabia.

“Everyday, an uncountable number of lethal weapons, bombs and US missiles are dropped by Saudi Arabia on the defenseless and oppressed civilians in schools, hospitals, jails and homes,” noted Qassemi. 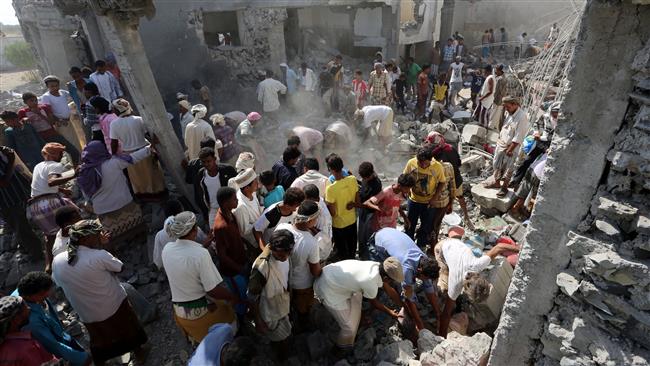 He went on to stress that these actions are nothing short of “war crimes.”

Qassemi also criticized Saudi Arabia’s reelection as a member of the United Nations Human Rights Council, describing it as a catastrophe and a bitter tragedy.

He stressed that Riyadh’s reelection in the council is even more “regrettable” than the Saudis’ atrocities upon its impoverished neighbor.

Saudi Arabia has been launching airstrikes in Yemen since March 2015. The war was launched in an unsuccessful attempt to reinstate Abd Rabbuh Mansur Hadi, who has resigned as Yemen’s president. The UN puts the death toll from the military aggression at over 10,000.

A basis for talks

Meanwhile, Yemen’s Ansarullah movement has announced that a United Nations-proposed peace plan could be used as a “basis for discussion” but that it still contains “fundamental flaws.”

The Houthi fighters noted that the plan, proposed by UN envoy Ismail Ould Cheikh Ahmed, lacked in details and had timeframe flaws and also did not include a “total, permanent ceasefire” or refer to the lifting of the blockade against the impoverished country.

Ansarullah said it would relay the objections to the UN envoy during his upcoming visit to Sana’a.

On Saturday, Hadi turned down the UN peace proposal. He said the plan “rewards” the Houthi Ansarullah movement.

The UN envoy submitted the peace plan to Yemeni warring sides during a three-day visit to Sana’a, with an aim to end the conflict. Ahmed has also held meetings with the Houthis and the General People’s Congress to get their support for a return to a cessation of hostilities to allow aid deliveries.

Peace talks, which were held between Yemen’s opposing parties in Kuwait, ended in deadlock in August.