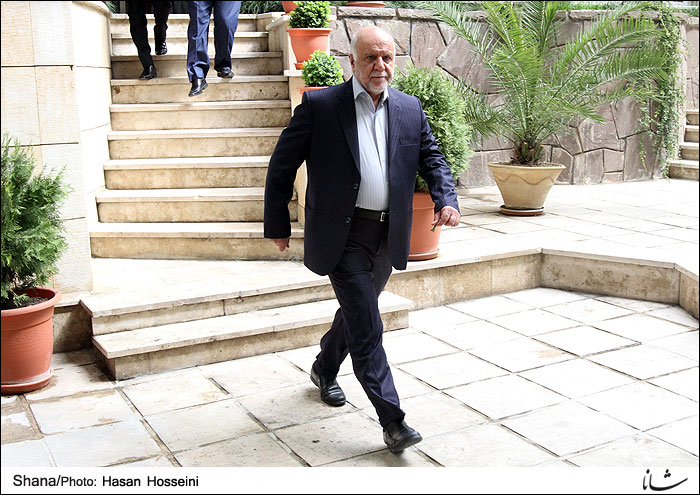 Iranian Minister of Petroleum Bijan Zangeneh says Tehran supports moves like the Doha conference which are aimed at tackling the consistent market volatility, saying that OPEC member "Iran has never had a role in the market instability".

During a live radio interview, Zangeneh said certain oil-producing countries opposed lifting of sanctions on Iran right from the beginning and for this reason they tried to keep oil prices as low as possible in a push to bother Iran’s economy.

“Currently, the oil market is glutted by more than 2 mbd which reduce the prices dramatically,” said the official.

“Iran has never had a role in the market’s instability,” he said reacting to claims by rival crude oil producers that Tehran is the causing volatility in the global crude oil market.

By joining the oil freeze plan, Iran would implicitly accede to the sanctions after years of hard work and resistance for having them lifted, he added, saying, “If Iran kept its crude oil output at January levels, it would mean the sanctions were never lifted and exports would need to stay at the time the country was targeted by international restrictions.”

Zangeneh said that the Doha meeting is a beginning for cooperation between OPEC and non-OPEC crude oil producers and would hopefully lead to market stability, saying, “As before, Iran will attempt to play its part in bringing stability back to the crude oil market,”
› Subscribe
Share
Facebook
Twitter
ReddIt
Email
Print
Telegram
WhatsApp
VK
LINE
Viber