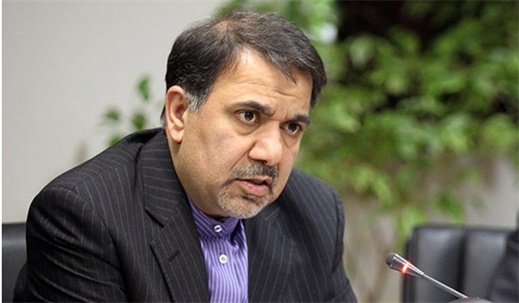 The renovation will help Iran regain its previous position as a key aviation hub in the region, said Akhoundi.

Iranian Roads and Urban Development Minister Abbas Akhoundi announced that the Iranian airlines will be renovated by purchasing new airplanes.

“Renovation plans have been devised for the Iran Air and Iran Aseman airlines,” Akhoundi said on Saturday.

Abbas Akhoundi reiterated that the renovation will help Iran regain its previous position as a key aviation hub in the region.

On Wednesday, Akhoundi informed that Tehran has been conducting negotiations with international aviation giants to purchase light passenger planes.

“We have negotiated with the French manufacturers of light passenger planes for short-distance flights,” Akhoundi told reporters.

The Iranian roads and urban development minister also pointed out that those US firms that have been registered in Europe may also supply such planes to Iran and can partner in Iranian projects.

Earlier this month, Akhoundi announced that representatives of several French firms are slated to visit Iran in September to help renovate the airports of Tehran and Mashhad.

Akhoundi made the remarks after his visit to France and his several meetings with French industrialists and tradesmen.

“France’s best investment companies will come to Tehran in September to help renovate airports of the capital Tehran and Mashhad,” Akhoundi said.

Akhoundi visited France to participate in the International Air Industry Exhibition in Paris on June 15-21.