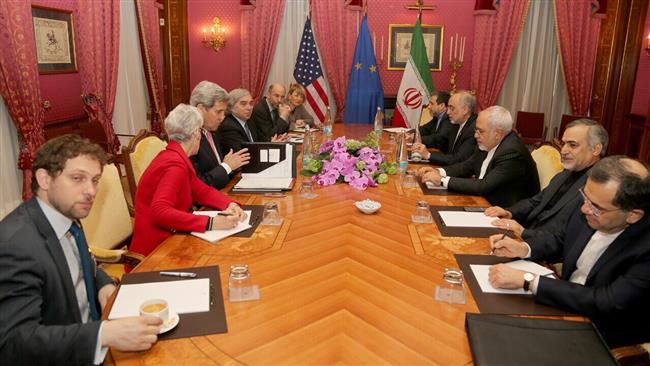 Representatives of Iran and the United States, France, Britain, Russia, China and Germany took part in the talks in the Swiss city of Lausanne Thursday.

Iran and the P5+1 group of countries have held a new round of talks at the deputy ministerial level in Switzerland to bridge differences on outstanding issues pertaining to Tehran’s nuclear program.

Representatives of Iran and the United States, France, Britain, Russia, China and Germany took part in the talks in the Swiss city of Lausanne Thursday.

Before the meetings, representatives of Iran, the US and the European Union ended a second round of nuclear talks.

Earlier in the day, Salehi said he is “optimistic” about reaching a nuclear deal, “but internationally those who have an interest in more trouble and not dealing with this question have not been inactive. They are trying to make sure there is no deal.”