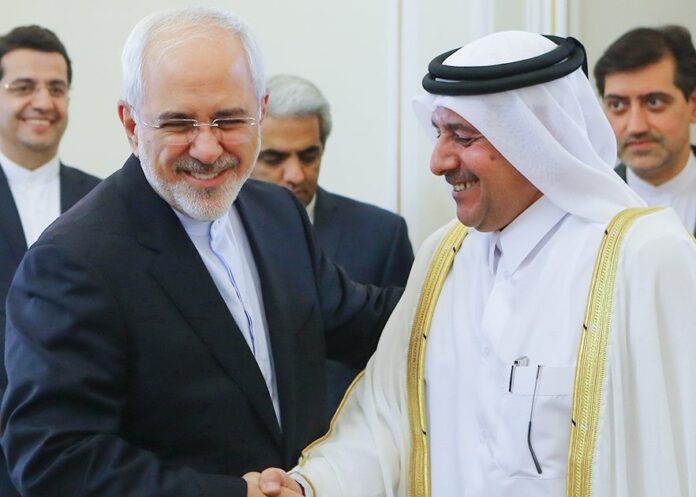 Iranian Foreign Minister Mohammad Javad Zarif in a meeting with Qatar’s ambassador underlined Tehran’s opposition to any pressure on its neighbours by any party.

In the Monday meeting with Qatari ambassador to Tehran, FM Zarif stated that the Islamic Republic’s policy is clear in the region, stressing that the regional issues should be resolved through dialogue.

Iran is opposed to any pressure and threats against its neighbours by anyone, the Iranian top diplomat added.

Expansion of bilateral ties, especially in the economic and commercial spheres, was another issue discussed in this meeting.

Since June, Saudi Arabia has led close allies such as the United Arab Emirates, Egypt and Bahrain in imposing a harsh trade and transport boycott against tiny, gas-rich Qatar, accusing it of financing terrorism and seeking better ties with Iran.

Qatar, however, has rejected such charges, countering that its Arab rivals are seeking to curtail its sovereignty and reign in its influential television channel Al Jazeera.

US President Donald Trump stepped into the fray in the past week, offering to mediate in the Qatari-Saudi conflict and vowing a quick victory.

Trump arranged a phone call between leaders from Qatar and Saudi Arabia, which took place late on Friday, and promised a breakthrough in the bitter dispute that has plunged the Persian Gulf into turmoil and has threatened American security interests.

However, his attempt to break the stalemate ended in failure when the emir of Qatar, Sheikh Tamim bin Hamad al-Thani, and the crown prince of Saudi Arabia, Mohammed bin Salman, after speaking by phone for the first time in months, exchanged dueling, contradictory statements.

Within hours of the call, Qatar’s state news agency issued a statement that said the emir “welcomed a proposal” by the young Saudi prince to appoint two peace envoys to help bridge their differences.

That language infuriated the Saudis, who appeared insulted by the suggestion that they had bowed first in the dispute. The Saudi state news service retorted with its own report, citing unnamed officials, that accused Qatar of distorting the facts and declared that dialogue between the two countries had been suspended.