Iran and Norway Call for All-Out Confrontation of Terrorism 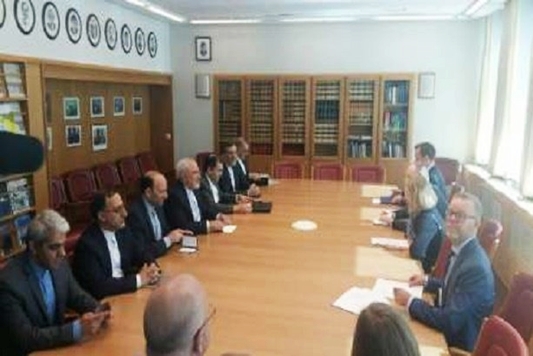 During a Monday, June 13 meeting between Iran’s FM Zarif and members of Norway’s Standing Committee on Foreign Affairs and Defence, the two sides called for all-out confrontation of terrorism and extremism.

During the meeting, which took place on Monday in Oslo, Zarif thanked Norway for its positive role in implementing part of the agreements of Iran’s nuclear deal, including the exchange of natural and enriched uranium, and expressed hope that the two countries’ relations would further expand in all areas of mutual interest.

Huitfeldt, for her part, expressed her satisfaction with the positive results of a recent visit by a Norwegian parliamentary delegation to Iran, and welcomed the expansion of bilateral ties in the new era of cooperation.

The two sides further exchanged views on the latest regional developments, the Syrian crisis, human rights, electoral system and parliamentary mechanisms in both countries and called for an all-out confrontation of extremism and terrorism.

Zarif is also slated to meet with Kjell Magne Bondevik and Kåre Willoch, Norwegian former prime ministers, and attend a seminar hosted by Iranian embassy on the JCPOA and new opportunities for cooperation between Tehran and Oslo.

He is also scheduled to meet with a number of Iranian expatriates living in Oslo.