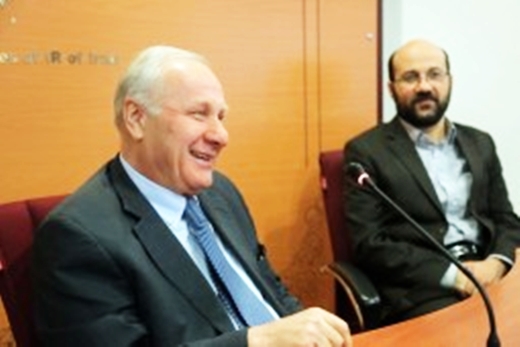 A Georgian manuscript exhibition opened at Iran’s National Library with Georgian Ambassador to Iran Ioseb Chakhvashvili, ambassadors and diplomats from Bulgaria and Egypt, and several prominent Georgian-Iranians all in attendance.

Prior to the opening of this exhibition, the Deputy of the National Library and the Ambassador of Georgia made speeches.
Gholam-Reza Amirkhani, the Deputy of Iran’s National Library, welcomed the audience at the beginning of the session. Referring to the ancient history of relations between Iran and Georgia, he said, “There is a connection, and old roots between the two nations of Iran and Georgia.”
He continued, “There is a lot to be said about the relations between Iran and Georgia, and in my opinion, culture plays the most important part in bilateral relations.”
Pointing to Georgian interest in Iranian art and culture, Amirkhani added, “Many centuries ago, the anthology Vis and Ramin by Fakhr al-Din As`ad Gorgani was translated into the Georgian language, and this was shortly followed by Panchatantra.”
He also highlighted other examples of cultural relations between the two countries before the end of his speech.