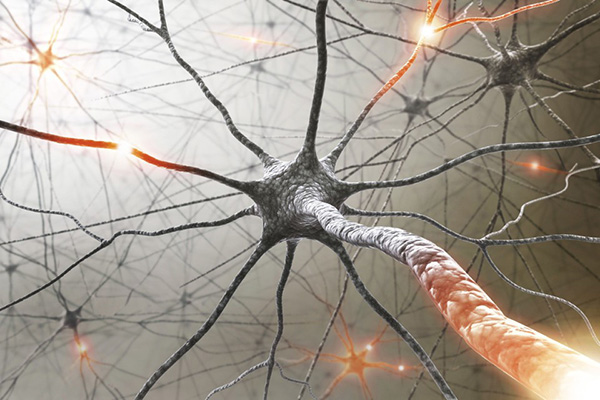 Iran has in the past few days set up a production line for manufacturing auto injectors for Iranian patients suffering from Multiple Sclerosis (MS) under the terms of a contract with France.

According to experts, only certain countries have the technology to build the device. Once the production line becomes operational, Iran will also join them.

The embargoes had forced Iran to suspend cooperation with some of the developed states that used to transfer modern technologies, experiences and scientific achievements to the country.

Given that the Joint Comprehensive Plan of Action (JCPOA) has already gone into effect and the sanctions are gradually being lifted, some of the world’s technologically advanced countries, such as France, have resumed collaboration with Iran.

In an exclusive interview with the Tehran-based English newspaper ‘Iran Daily’, Mohammad Ali Sahraian, deputy head of Iran MS Society (IMSS), elaborated on the advantages and benefits of autoinjectors and the general condition of Iranian MS patients.

About the current number of MS patients in Iran, Sahraian said, ‘I cannot give an exact figure; nevertheless, approximately 60,000 people in the country suffer from the disease.

‘According to IMSS’ figures, there are 22,000 MS patients in Tehran. The disease is becoming more prevalent in the country.

On the reason for the increased prevalence of the disease in the Middle East and, particularly, Iran over the past two decades, the official said ‘Scientists have not yet discovered the reasons for contracting MS.

‘It is an autoimmune disease which inflicts damages on the central nervous system (CNS) by attacking human body’s immunity system.

‘The symptoms of the disease begin to appear following the harms to the CNS. Autoimmune diseases are more common in developed countries where infectious diseases are strictly controlled.

‘Environmental and genetic factors are also effective in the development of the disease.

‘Sometimes, inheriting a certain gene makes individuals highly susceptible to the disease. However, it is still impossible to cite a certain reason for contracting the disease.

Asked what age groups in Iran show a higher prevalence of MS, he answered ‘The disease is highly prevalent in people in the 20-40 -year age bracket.

‘Women are three times more likely to contract the disease.

‘Sometimes, the symptoms appear even at the age of four. It is also possible that symptoms arise in patients, between 60 and 67 years of age.’

On medications given to patients, he said ‘There is no definite cure for MS.

‘Like diabetes and high blood pressure, it can only be controlled.

‘Currently, to control the disease, patients are prescribed interferon medications.

‘Interferon is a signaling protein made and released by host cells in response to the presence of several pathogens, such as viruses, bacteria, parasites, and also tumor cells. They help regulate the immunity system and reduce attacks on the CNS.

‘These medications are normally administered through injection once or thrice a week, depending on the condition of the patients.

‘In some cases, due to the severity of the disease, injections are performed at shorter intervals.’

Asked whether the medications are produced domestically or not, he replied ‘Some 80 percent of the MS patients receiving interferon medications use domestic products. At present, Iran is almost self-sufficient in these medicines.’

About the impact of sanctions on Iranian patients suffering from MS, he said ‘Since most of the medications required by MS patients were produced domestically, they did not face any major problems. However, some of these patients needed a number of imported medications, who were affected negatively by the embargoes.’

Elaborating on Iran-France cooperation to build a device to MS patients recover their health to a great extent, he said ‘A large number of MS patients require weekly injections.

‘Due to the number of the injections, sometimes, patients are trained to self-administer the injections. Prior to the invention of the device, they used very thin needles, the use of which required a great deal of care.

‘Patients should inject a certain dose of the medicine very slowly.

‘At times, the injection led to skin allergies and other negative symptoms. To tackle these problems, a number of the developed countries made an autoinjector device with a remarkably high degree of precision.’

Also, speaking to Iran Daily on the sidelines of the unveiling ceremony of this modern device, Haleh Hamedifar, the managing director of the research center for manufacturing autoinjectors, said a large number of MS patients have to administer injections 12-15 times a month.

She added it was really essential to produce the device domestically given that it is extremely difficult for patients suffering from MS to move from one place to another and to receive the shot, they have to refer to treatment centers.

Hamedifar said the device was invented some three years ago, adding it provides patients with the most up-to-date technology for administering injections.

‘Once the production line for the device becomes operational, we will be able to resolve a major portion of the problems faced by MS patients in the treatment process.’

In addition, she said, once the device enters mass production, Iran will be able to export it.

‘China, India and some Latin American countries currently produce the device. Nevertheless, I dare say that the product, to be manufactured in Iran, will possess higher quality.

‘At present, we have only two main rivals in the world in this regard.’

Due to the structure of its needle, the device will help resolve the security problems posed by hospital medical wastes to a significant extent, she underlined.

Thanks to the removal of the sanctions, Iran will able to produce modern products and export them. This will shift the pharmaceutical trade balance in favor of the country.