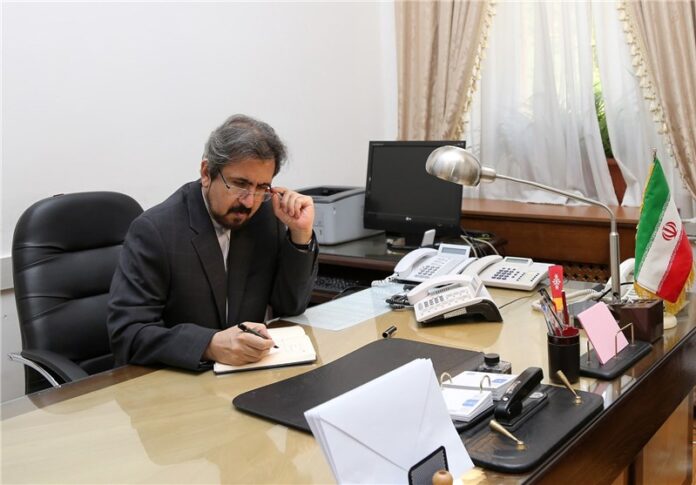 Iran’s Foreign Ministry said it could not still verify the authenticity of reports that a teenager who shot and killed ten people in Munich was of Iranian descent, stressing that, in any case, Tehran condemns terrorist attacks no matter who is behind them.

Foreign Ministry Spokesman Bahram Qassemi on Saturday night criticized intentional anti-Iran media hype after reports that the 18-year-old shooter in the Munich massacre was a German-Iranian, saying what Iran knows is that the assailant was a German national and had been born in Munich.

Qassemi said the Foreign Ministry has no definite information about the case yet, adding that the Iranian diplomatic missions in Germany and the consulate in Berlin have been tasked with studying the case and reporting back to Tehran.

He underlined that Iran’s principled policy is denouncing violence, terrorism and killing of innocent people at the hands of any group or individual.

Iran, as a victim of terrorism, immediately condemned the shooting attack and would never remain silent on such incidents, the spokesman added.

He also decried as a “psychological war” the reports by some regional media outlets which allege that the Munich shooter had been Iranian, saying they have links with certain countries that are known as the “true fathers of al-Qaeda, Daesh and the Taliban” and make such allegations to whitewash their own terrible records.

The spokesperson stressed that Iranian communities are well respected all around the world and that Iranians abroad are among the best citizens in the countries they live.

The Munich shooting attacker has been identified by German police as Ali David Sonboly. He launched the killing spree in the Bavarian city in an apparent revenge attack for being bullied.

The young man killed 10 people and injured 16 others with a pistol before committing suicide.