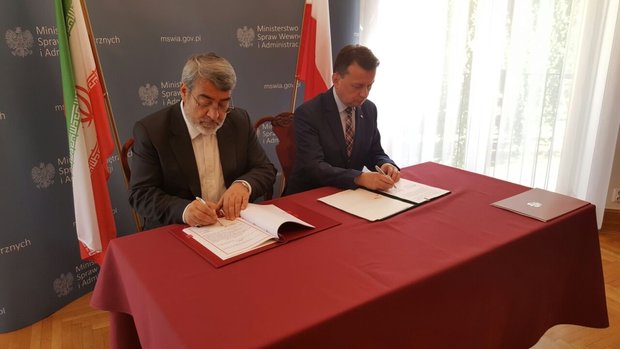 Interior ministers of Iran and Poland on Monday May 23 signed a memorandum of understanding to boost cooperation on fighting organized crime.

Abdolreza Rahmani Fazli, Iranian Interior Minister, met with his Polish counterpart Mariusz Błaszczak in Warsaw on Monday, where he highlighted the need for further cooperation in cementing the friendly ties between the two countries, and expressed his concern over the growth of organized crime and its resulting threats.

Rahmani Fazli also held talks with Polish Digitisation Minister Anna Strezynska on Monday, during which the two sides stressed collaboration against cybercrimes which are rapidly expanding.