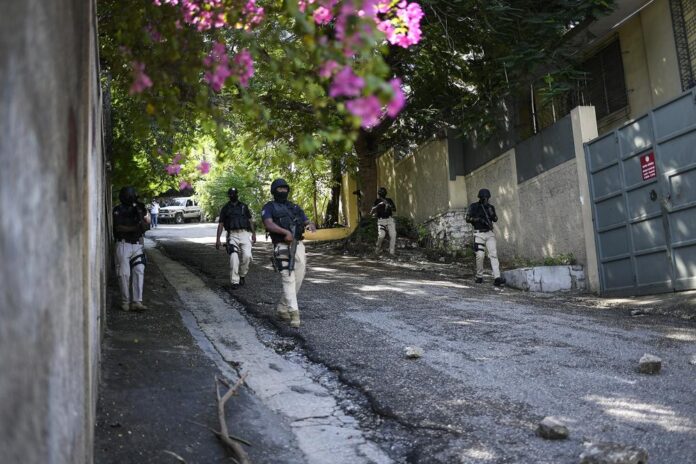 An armed gang that kidnapped a group of American and Canadian missionaries in Haiti has demanded $17 million to release hostages, according to The Wall Street Journal.

The Mawozo gang controls the Ganthier commune in the eastern suburbs of the country’s capital, Port-au-Prince, where the group of 16 U.S. nationals and one Canadian was kidnapped on Saturday while traveling to visit an orphanage.

The hostages include five children, ranging from 8 months to 15 years old, Christian Aid Ministries, the nonprofit sponsoring the missionaries’ efforts in Haiti, confirmed Tuesday. The adults in the group are aged between 18 and 48 years old.

Earlier on Monday, White House press secretary Jen Psaki said the FBI was involved in a coordinated U.S. government effort to get the Americans to safety.

The agents had arrived in Haiti the previous day to assist the State Department in securing the missionaries’ release, a source close to the Joe Biden administration told NBC News.

The Human Rights Analysis and Research Center, a Haitian nonprofit group, says it has recorded at least 628 kidnappings since January, of whom 29 were foreign nationals. September had a 300 percent increase in the number of incidents compared to July, the center announced.

As the search for the kidnapped missionaries intensified on Monday, Haitians held a general strike in Port-au-Prince to protest pervasive violence and the country’s devastated economy. Conditions for the vast majority have only worsened since the assassination of President Jovenel Moïse in July and a 7.2 magnitude earthquake in August that killed 2,200 and further damaged an already weak infrastructure.

Dr. Richard Frechette has to negotiate with gangs to ensure the passage of liquified oxygen he needs to treat Covid-19 patients at St. Luke’s Hospital in Port-au-Prince.

“It’s hair-raising because you’re going to have 40 people dead in your hospital in a matter of hours if you don’t succeed … And it’s very complex when you have to go through a gang to get oxygen,” he noted over the phone from Port-au-Prince.

Christian Aid Ministries said the group’s work in Haiti included providing medicine to clinics, teaching Haitian pastors, and most recently, coordinating a rebuilding project for Haitians who lost their homes in an earthquake in August.

In an update Monday, they asked for prayers from “believers around the world, including our many Amish and Mennonite supporters.”